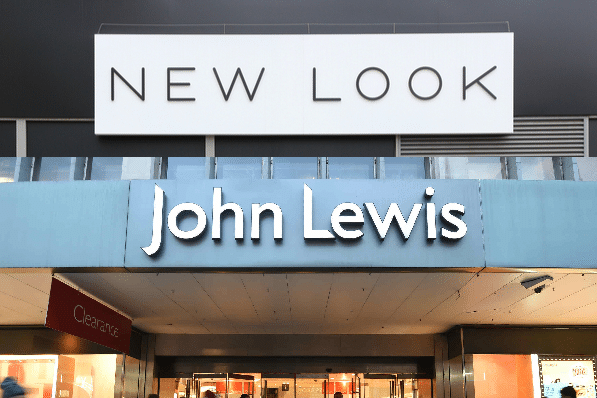 New Look and John Lewis Partnership have joined Tesco in becoming the first major retailers in the UK to publish their gender pay reports as new government rules come into force.

The retailers published the results ahead of the government’s April deadline, by which time any company with more than 250 employees needs to publish mean and median gender pay gap.

Fashion retailer New Look revealed that as at April 2017, the mean gender pay gap was 30 per cent, reportedly dropping from 31.3 per cent in 2016.

Of its store employees, which represent 82 per cent of New Look’s work force, 91 per cent are female.

According to the brand, this has contributed to the pay gap, meaning there is a larger number of women in lower-paid roles.

If the data was taken specifically for store staff, the mean gender pay gap drops significantly to 7.8 per cent.

“We believe the sales advisor positions are particularly appealing to female applicants, in part due to the flexibility in work patterns,” New Look stated.

“Like many companies we have a higher number of men than women in our more senior support centres positions.”

In order to rectify this disparity, New Look has implemented various initiatives including a “Junior Board” with a predominantly female membership to reflect its work force, as well as a “Buddy to Boss” programme to support employees along their career path.

Meanwhile, the John Lewis Partnership reported a 13.9 per cent mean pay gap across its John Lewis and Waitrose businesses.

Like New Look, it attributes this to a disproportionate amount of women taking senior roles.

Forty per cent of the highest pay tier of leadership roles were women, compared to 61 per cent of its junior workforce.

John Lewis’ head of personnel Tracey Killen said: “These statistics provide a valuable means to challenge ourselves by asking ‘how can we create an even more inclusive partnership?’

“We have recently launched an internal interview bank to support partners to be better prepared for the next step in their careers.

“However, this report reminds us that we must seek further opportunities to stretch our ambitions and there is more we can do.”