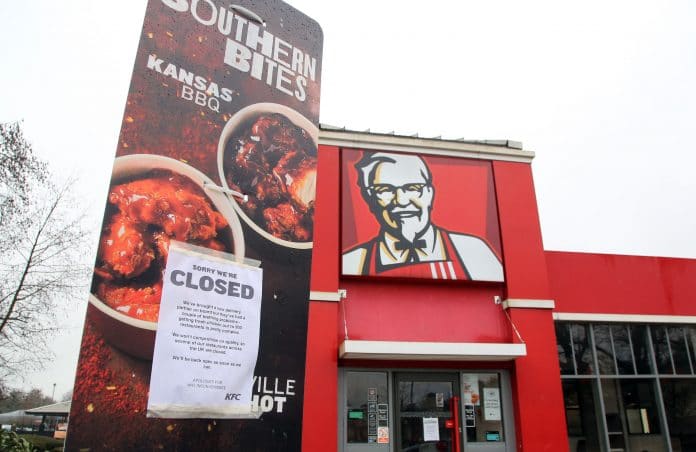 The world (well, the internet) has been saturated with headlines regarding the shortage of chicken at fast food giant KFC.

After switching to DHL to deliver its chicken, KFC has experienced “hiccups” which lead to a peak of 646 of its 900 UK stores being shut.

The “teething troubles” which lead to the closures sparked anger and confusion across the country.

Luckily, frozen food retailer Iceland was on hand to offer help to the fast food chain, stating in a tweet that it could deliver a Family Feast chicken meal by tomorrow.

KFC responded, stating that they “couldn’t operate without the gravy”, to which Iceland replied with a Twitter poll, asking users whether the chicken or the gravy was more important.

At the time of writing, 69 per cent said chicken was more important.

Fair point. Can we borrow Peter Andre from you for our grand re-opening?

Elsewhere, videos emerged of KFC workers buying swathes of chicken in Asda, but this was later revealed to have been a prank.