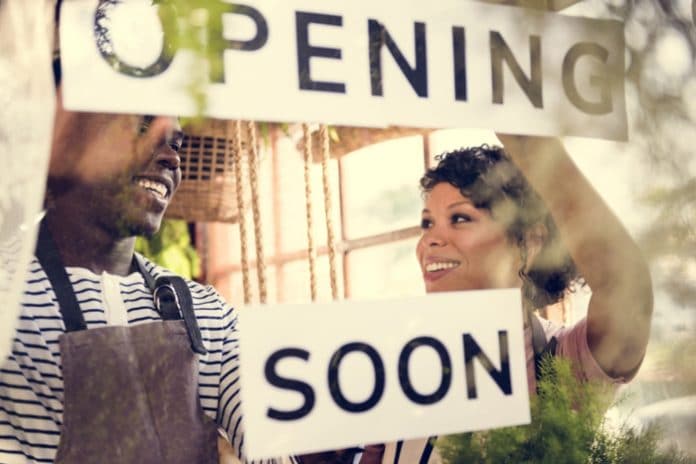 Statistics largely suggest that retail businesses are continuing to open at an exponential rate. Although this is promising, the gradual degradation of large and long-established retailers in the UK point to a less positive trend.

With the economy in a tumultuous state, business rates decimating margins across the sector and shrinking consumer spending power, can new retail businesses survive in the modern climate? If so, how?

The most direct method of starting a retail business is to find a property, fill it with stock and open your doors to the public. While in the current climate this carries some hefty risks, there is plenty of opportunity for success in opening a physical retail store.

“Physical stores can work well if you can guarantee that your turnover will outweigh your business overheads,” Nayna McIntosh, the founder and chief executive of online fashion retailer Hope, told the Retail Gazette.

“The best way to identify this is to look at supply and demand for your product or service in a specific area.

“In smaller regional areas, where rent is lower, and you have a clearly identified target market and thus an abundance of potential customers in your reach, you can be successful having a physical presence.

“Bustling market towns can often present a hotbed of opportunities for independent stores and top high street brands, as there is guaranteed footfall there.”

Location can make or break a new retailer and striking a balance between footfall, overheads and local demand is vital to success in the area.

Up and coming cities where redevelopment is rife can offer a balance of favourable rates and a growing influx of shoppers. Co-owner of gifts retailer Etch’d Stephen Gorman believes Manchester could be a prudent retail investment as it’s “currently undergoing massive redevelopment and new areas for businesses are being created all over”.

“These developments/companies aim to fill the properties before they are even finished building and by offering cheaper rates than what the current market would offer elsewhere, they are able to do this,” he said.

According to research conducted by British online marketplace Onbuy, the cheapest cities in terms of retail premises are Liverpool, Cardiff and Newcastle, with the average square foot costing £55.31, £61.13 and £61.89 respectively.

Meanwhile, the cities with the largest average spend per person are Birmingham, Newcastle and Leeds with £313, £303 and £282 per person respectively.

Another consideration for retailers hoping to open up shop is warehouse space, especially if they are aiming for sustained growth. However, this can sometimes prove problematic for retailers starting out as leases commonly last between five and 10 years, proving inflexible and expensive.

Charlie Pool, the chief executive of warehouse letting company Stowga, suggests that “warehousing as a service” offers both scalability and flexibility.

“It matches retailers with underutilised space in their warehouse with organisations or other retailers who need more space,” he said.

“Retailers can choose the size, location and length of time that works for them and commit to little as a month with no need for a lease.”

Some of today’s largest and best performing retailers are pureplay online operations. For many the promise of lower overheads and a larger potential audience is more attractive, but the challenge of gaining traffic and converting that to sales can be just as daunting as opening a physical store.

“As an online retailer who started trading just over a year ago, I considered for some time whether or not to sell in the ‘real world’ or trade exclusively online,” he told Retail Gazette.

“My general conclusion has been that starting out with bricks instead of clicks means over-committing oneself and taking unnecessary risks.

“Not only are rates and rents high, but you also often have to commit to leases of 12 months to 25 years – this is hugely risky if your business hasn’t yet proven itself.”

While it may take a little longer to build sales, online retail also has the benefit of allowing a trader to start out small with minimal capital, as Gorman explains: “The best cost-effective and safest way to start out would be online.

“Getting a website and promoting your business online is quite simple and does not require a large lump sum to be spent in one go. Nor does it mean you will have a financial burden on your hands if all does not go as well.

“Making a huge commitment and testing a start-up business in bricks has more negatives than positives.”

Just as we have seen with Amazon, Joe Browns and Missguided, successful online retailers can branch out into physical stores with success.

Although the risks of large financial investments still remain, having a solid online presence will provide a strong foundation to build on, while offering evidence that your products have a market.

However, the two worlds present very different challenges and there is no guarantee that just because your goods sell online that they’ll also prove popular wherever you open a shop.

Thankfully, pop-up companies like Appear Here offer retailers a low-cost opportunity to dip their toe in the water and establish whether their model can transfer from one medium to another, without committing to a long and potentially cumbersome lease.

Though the market remains challenging for many retailers, this represents an opportunity for new businesses to discover ways to navigate it better. Without experimentation and bravery, none of the retailers we shop from today would exist.