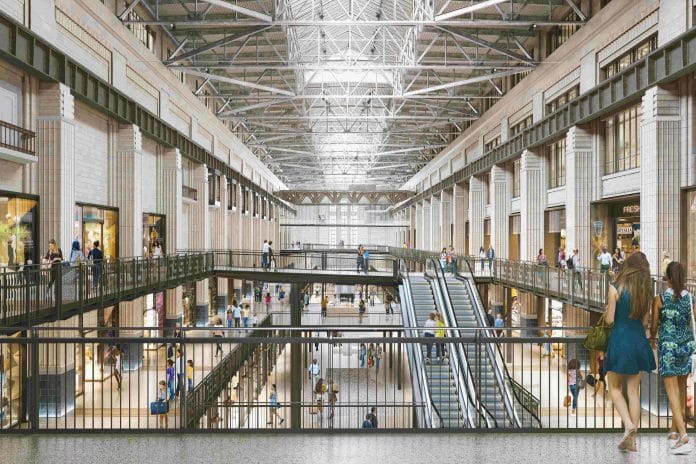 With thousands of construction workers on-site in 24-hour rotating shifts and an estimated cost of £2 million per day, once completed in 2020 Battersea Power Station will create 20,000 new jobs and become the third largest retail destination in central London.

The Battersea Power Station Development Company (BPSDC) said the Grade II listed former power plant will split its retail offering in half between Turbine Hall A and Turbine Hall B.

Turbine Hall A, which was built in the 1930s and retains Art Deco details, would be home to the Premium Collection brands while Turbine Hall B, build in the 1950s, would bring together contemporary brands providing a mix of younger and more diverse names.

“Locals and those from across Britain and the world will be coming here for all sorts of reasons, including being able to go into one of the world’s most recognisable buildings.”

Visitors can dine in over 40 restaurants and cafes a giant food hall that connects the two turbine halls on the northern side of the building, and the central, cavernous Boiler Room between to two turbine halls – which is roughly the size of St Paul’s Cathedral – will become a major culture and events destination.

Tech giant Apple has also selected the site for its new 50,000sq ft London office, and one of the power plant’s northern chimneys will have a giant glass elevator installed to offer visitors 360-degree views of London from the top.

An extension of the Northern line and a new tube station by Transport for London as well as a ferry wharf for Thames Clippers will also link Battersea Power Station to the rest of London.

Once complete, it’s estimated that it will attract 40 million visitors per year.

“The response we have already had from businesses has been incredible and as we are handpicking every singler retailer this is going to be a fantastic place for both retailers and consumers,” BPSDC retail leasing director Sam Cotton said.

“We are scouting the globe, not only for the best retailers but also looking at how we can provide a platform for the wider evolution of retail.

Battersea Power Station is managed by the BPSDC but owned by a consortium of Malaysian investors comprised of Sime Darby Property, SP Setia and the Employees’ Provident Fund.

The consortium acquired the site in 2012 for £400 million, and the current plans to regenerate it is the seventh since the boiler room went cold in the 1980s.

It is estimated that by the time the overall project – that is, the power station as well as its surrounds – is fully complete by 2028, £9 billion would have been spent to fund its construction and regeneration.

The heritage-listed Battersea Power Station was decommissioned in 1983 after roughly 50 years of providing power to London.

While it has lain dormant and unused since then, the building is an iconic landmark along London’s riverside and has made appearances on the cover of Pink Floyd album Animals and in TV shows and films such as Doctor Who, Sherlock and and Batman: The Dark Knight. 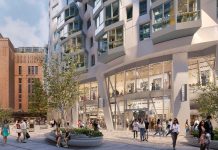