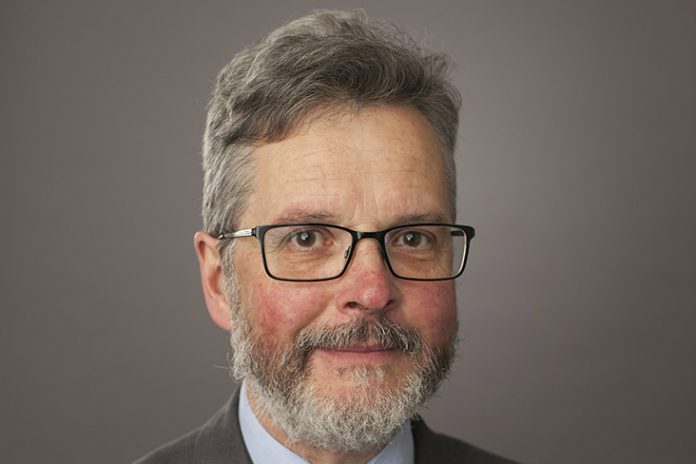 Sebastian Wormell did not mince words when asked why Harrods’ archives are so precious.

“They are unique. I mean, nobody else has the minutes of the board of directors of the 1890s where they are planning out the development of Harrods back then,” he told Retail Gazette.

“It’s fascinating to see the decisions that they were making at that time. In that respect they’re valuable.”

As the luxury department store’s in-house archivist for the past 20 years or so, Wormell’s remit has mainly focused on keeping the memories of the retailer’s past alive.

Digitising old records – both printed and audio-visual records – has also been a pivotal part of his role.

“Quite recently we scanned all the old catalogues dating back to the 1890s and we now have them as a PDF,” he said.

“The early catalogues are unique for giving a picture of what people had in their homes a hundred years ago in the 19th century.”

He added: “The early staff magazines are really interesting in giving you a picture of Harrods. They started in 1913, right before the First World War.

“They were really insightful in what it was like to work at Harrods at that time, such as how concerned management was in educating staff in customer etiquette as well as products and lines.

“No one else has got them.”

Although his career background has been in history and research, Wormell said he became Harrods’ archivist by pure chance. He was initially hired as a researcher on the history of the Knightsbridge building before becoming the department store’s permanent archivist.

“There’s a lot of variety in the job,” he said.

“More than any other parts of the business, we’re linked to all sorts of different areas. We work with PR, we work with HR, we work with marketing people, we work with creatives, and quite recently we’ve been involved a lot with the architects.

“There has been so much going on, such as the restoration of food halls, and it’s a Grade II-listed building.

“To make any changes, you have to use a heritage treatment to justify what you’re doing. We have the information to advise the directors and architects on the changes and the building’s heritage.”

Wormell concedes he is often asked similar questions by people when they initially find out what he does for a living.

“’Was there a Mr Harrod?’ is the most common question I’m asked,” he told Retail Gazette.

“Charles Henry Harrod founded the business but actually his son [Charles Digby Harrod] was the one who really started to develop the business and the store it is today.”

Indeed, when Harrod Snr – who had a background as a draper – first founded Harrods in 1834 as a grocery store on Cable Street, Stepney in London’s East End, no one envisioned it would grow to become the world-renowned department store it is today.

That would not have happened had he not moved the business to London’s west, on the site of the current store in Knightsbridge, in 1849 to capitalise on trade from the Great Exhibition of 1851 in nearby Hyde Park.

In 1861, Harrod Jnr took over the business and led a transformation of the building and its expansion from a grocery store to a general store. Harrod also acquired the adjoining buildings and he employed 100 people by 1880 – a far cry from the two shop assistants his father had in 1834.

However, it wasn’t until a fire gutted the building in 1883 that Harrod Jnr used the opportunity to rebuild it on a grander scale to the department store it is today. Beginning in 1894, the present building was finally completed in 1905 to the design of architect Charles William Stephens.

The Harrod family also controlled the business up until 1889, when shares for the business were floated on the London Stock Exchange for the first time under the name Harrod’s Stores Limited.

While other British department stores that were established in the mid-19th century went on to become chains, Harrods stayed put in the one place. Wormell argued that this has worked in favour of the business’ longevity.

“Harrod himself could’ve done what Sainsbury’s did and opened stores all around London,” he said.

“But instead he turned the one shop into a bigger, more general store. And later when it grew into the department store it is today they made the decision to keep it as only one Harrods.”

He added: “Harrods is aware of having this long history and heritage. Some other businesses in the past may have got into problems because they were stuck in the past, but Harrods has always been moving forward.

“It’s always been run by people who are very aware of all the business trends.”

With west London being home to many prominent British literature figures in the late 19th and early 20th centuries – including Oscar Wilde and Beatrix Potter – Harrods inevitably influenced their works in some way – whether it be direct or indirect.

However, Wormell believes its place in inspiring A.A Milne’s Winnie The Pooh is perhaps the most significant.

“The teddy bear that became Winnie the Pooh was actually bought in Harrods in 1921,” Wormell said.

“It was bought as a birthday present for his little boy, Christopher, and his father wrote this wonderful story around the bear.

“The original bear is still around today, on display at New York Library, and it shows how central Harrods is to all cultures.”