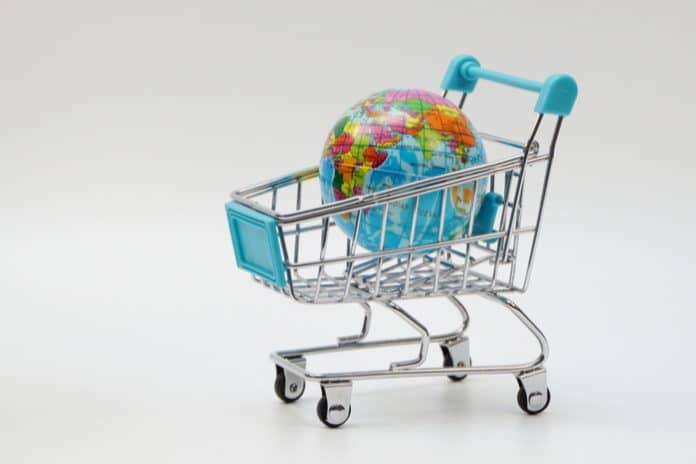 “This ‘perfect storm’ of factors may even see the industry reach a pivotal point in 2018, with increased levels of defensive consolidation and creative collaboration – as well as the inevitable fall out of casualties – the likely outcome in the ongoing fight to survive.”

The Retail Think Tank’s predictions for UK retail in 2018 have, unfortunately, proven to be rather accurate.

This “perfect storm” includes factors affecting the whole world of retail, like the relentless growth of Amazon, an ever-growing shift away from physical stores, and a consumer shift towards doing instead of buying.

However, some of the biggest problems facing the industry are uniquely British. The fall in the value of the sterling since the Brexit vote has created a raft of problems for retailers, driving up import costs and forcing retailers to either absorb the costs or drive up prices.

This, on top of stagnant wage growth and lack of any concrete progress on the Brexit deal, has led to decreasing consumer confidence and spending power. Throw in drastically increased business rates and some extreme weather and you have yourself a very British retail crisis.

“It seems that the UK is not alone in its retail woes, struggling economies across Europe in the last 15 years have contributed to the region’s retail decline”

Although London was the highest-ranking market in Europe for international retailer presence in 2017 according to the CBRE’s How Global is the Business of Retail Report, the UK’s market is but a drop in the £20 trillion global retail ocean.

So, what’s happening with the other £19.6 trillion? How much of what we are experiencing is really refined to our British retail bubble, and what can the sector learn from markets throughout the globe?

It seems that the UK is not alone in its retail woes. Struggling economies across Europe in the last 15 years have contributed to the region’s retail decline. According to Deloitte’s Global Powers of Retailing 2018 study, Europe’s share of the Top 250 global retailer’s revenues has dropped from 39.4 per cent to 33.8 per cent since 2006.

However, Europe’s economy is recovering quickly, and is now growing faster than the US on a constant currency basis. The European Central Bank’s aggressive monetary policy has lowered borrowing costs, increased asset prices and suppressed the value of the euro, contributing to a rebound in exports.

This saw composite retail revenues rise 4.9 per cent year-on-year in 2016, and four per cent over the fiver year period to 2016. New retailers from outside the mature markets of France, Germany and the UK.

Mid-range fashion was the sector with the largest brand expansion across Europe, rising more than 20 per cent in 2016. But it was the grocery giant Ahold Delhaize, which is based in The Netherlands, which positively skewed the region’s results with a 63.2 per cent revenue jump.

Yet, France’s struggles dragged down the entire region, with its largest retailers Carrefour, Auchan, and Casino struggling to achieve any significant growth.

Europe was also the most internationally dependent region, with 41 per cent of combined retailers’ revenues generated from foreign operations, twice as much as the average top 250 retailer.

Across the Atlantic, North America is experiencing a retail crisis similar to our own, with many touting it the “retail apocalypse”. Retail sales have been falling unexpectedly throughout the year, and like the UK, it has seen the collapse of Toys R Us.

Tepid wage growth and a drop-in consumer spend have hit American and Canadian retailers in much the same way they have here, but rising property values and lower taxes are expected to raise consumer sentiment soon.

Consumer spending has also been significantly outpacing the growth of household income, enabled by reduced saving and increased borrowing, an unsustainable state of affairs.

Globally though, North America holds far more influence over the retail market, with over a third of the top 250 retailers coming from the region, and over half of its net revenue.

North America was also one of the least internationally focused regions, with more than 42 per cent of retailers remaining single country operators. President Donald Trump’s recent drive to prioritise US companies is likely to exacerbate this.

Of course, where some markets are struggling, other are booming. Asia, Africa and the Middle East were the regions experiencing the most significant changes.

Where Europe had seen its share of the top 250 retailers gradually reduced in the last 10 years, the Asian-Pacific region has seen exponential growth, rising from 10.4 per cent in 2006 to 15.4 per cent in 2016.

Compared to other markets, the Chinese economy’s reliance on consumer spending remains relatively small. Despite this, retail revenues rose 4.6 per cent in 2016, falling from a huge 7.3 per cent rise a year earlier.

Over the five-year period to 2016, compound annual growth across the region rose 6.6 per cent, though profitability remained weak compared with the top 250 average.

This was especially true in China, having seen the most progress with combined revenue growth of 7.5 per cent, but seeing a low net profit margin average of just 1.1 per cent.

It was also the least internationally focused region, with 90 per cent of the its top line retailers revenues generated domestically. However,iIts biggest players like JD.com and Alibaba are gradually driving a rise in exports to other markets.

“Now is not the time for retailers to abandon bricks-and-mortar as a pre-emptive action, but rather embrace this period of change in retail as an opportunity to redefine the shopping experience”

Elsewhere, emerging markets in Africa and the Middle East have enjoyed steep growth trajectories. Africa’s rising middle class has seen the development and modernisation of its retail sector.

Alongside the increasingly lucrative Middle East, the region saw growth of 10.9 per cent, and 4.8 per cent net composite profit margin, one of the highest performances on the planet.

Its success, according to Spring & Autumn Fair’s managing director Louise Young, is largely due to a focus on bricks and mortar retailing.

“The CBRE report in particular highlights Asia-Pacific as outperforming all others in this area, with impressive 1.2 per cent physical store footprint growth,” she said.

“This success is a direct result of a retail approach that continues to entice customers into physical stores, using emerging technologies to deliver genuinely engaging and enjoyable experiences, even when the online experience is the first step in purchasing behaviour.

“As global research suggests, now is not the time for retailers to abandon bricks-and-mortar as a pre-emptive action, but rather embrace this period of change in retail as an opportunity to redefine the shopping experience.

“Innovative events and attractions, such as integrating social media connectivity into stores, and building exclusive ranges that require shoppers to get hands-on, can help drive footfall and deliver a boost to our high street.

“Online retailers can now also consider if bricks-and-mortar presences will elevate the omnichannel customer experience too, and see greater engagement and repeat purchase.”

It seems that UK retailers are not fighting this battle alone, with retailers across the world having to take struggling economies, wider economic issues and massive changes into account.

That said, it must learn lessons from the wider retail landscape amid such turmoil in order to remain once of the most innovative markets on the globe.