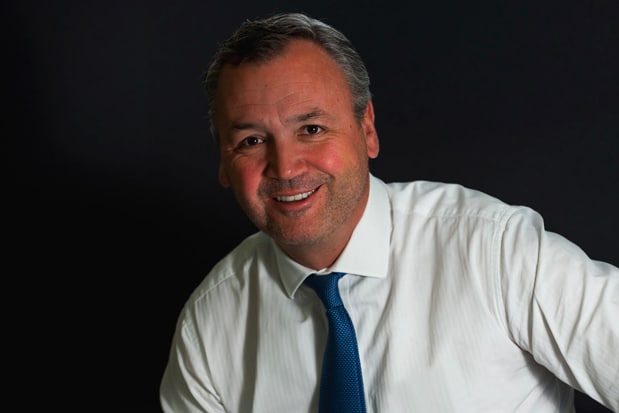 “I always thought it was a huge asset to have worked in so many parts of retail, I’m pretty certain it gave me a better understanding of what it took to do certain jobs and tasks because I’d been there and done it.”

Asda’s former chief executive Andy Clarke may have all but left the sector, but his legacy and continued influence stands firm.

Whether it’s his role in guiding the UK’s third largest grocer through one of its most transformational periods, laying the framework for the upcoming landmark merger between Asda and Sainsbury’s, or his outspoken and proactive stance on reducing plastic waste in retail, Clarke’s imprint on the current state of the sector should not be understated.

Like many figures who would eventually rise to the top of retail, Clarke’s career started from humble beginnings.

At 17, having failed all but one of his O Levels, Clarke made his first steps into retail by stacking shelves at the now-defunct grocery chain Fine Fare where he discovered his love for the industry.

“I found a niche, I loved working with people,” he told the Retail Gazette.

“Within two years I was managing my own department, at 19 I was running part of a supermarket and was thoroughly enjoying that industry.”

Eight years later, having worked his way through the then-relatively tiny Morrisons, Clarke joined the business he would later lead for six years.

In 1992 Asda was in the midst of a financial crisis, having overpaid an estimated £300 million for Gateway Superstores in an effort to grow its influence in the south. It found itself overstretched and struggling to stay afloat and for the first, but not the last time in his Asda career, Clarke was tasked with finding a remedy.

“During that time Asda was in a really tough spot, in the early 90s it was nearly bust,” he recalled.

“The story goes that they were £1 billion in debt and only days away from handing the keys over to the banks.

“I was pulled into what they called the renewal team, a sort of reinvention of the team of Asda.

“The role I had was to support the operational change programme for three stores. Over the period from 1992 to 2000 I worked my way through the organisation.”

“All the big grocers allowed themselves to inflate retail prices in line with generic inflation. The discounters created a price delta which was their opportunity to grow”

Its recovery from what many regarded as a terminal financial position did not go unnoticed, and Asda soon caught the eye of the world’s largest retailer, Walmart.

Despite laying the foundations for not only his own future at the grocer, but its journey over the next decade, Clarke was uncertain about Walmart’s £6.7 billion takeover deal.

“At that point I wasn’t sure what Walmart, this huge American conglomerate, were going to turn Asda into,” he said.

This drove him, alongside many of his colleagues, to pursue roles elsewhere. Over the next half a decade, Clarke consolidated his retail expertise, working with Matalan and Iceland to broaden his experience in what would unwittingly be preparation for his biggest role yet.

In 2005, Asda’s then-chief executive Andy Bond enlisted the help of the Asda veteran to take on the role of chief operating officer. After discovering that Walmart had only done the retailer good, Clarke accepted.

“I’d observed the fact that some of the worries I had about the acquisition hadn’t come to fruition,” Clarke told Retail Gazette.

“I loved the business, I think because I’d been there since the early 90s and I’d seen the transformation from it being a bust business into a very successful retail brand. I also knew a lot of the people.

“It took me a while to convince myself I wanted to go back, and when I walked through the doors it didn’t feel like I’d been away.”

The credit crash, as with countless other industries, sparked what was to become a period unprecedented change in the UK grocery sector.

With legacy retailers collapsing at a dramatic pace, discount stores riding the wave of a significant boom and two of the Big 4 straining under the various pressures of the economic climate, Clarke was promoted to Asda’s chief executive role in 2010.

“We were right in the thick of coming out of a recession, market share was pretty static,” he reflected.

“The market was in this recovery phase post-recession. The discounters started to take a hole in grocery retail and the retail landscape was changing.

“I feel particularly proud of the fact that over a big proportion of my tenure, we took our market share from third to second, we opened probably about 100 stores and had some pretty stellar numbers through what was a very challenging time.

“But then of course the market changed, and it became a much more aggressive environment,” Clarke continued.

“It was a really tough environment.”

German discounters Aldi and Lidl, which despite having a presence in the UK since the 90s had been nothing more than a blip on the Big 4’s radar, had suddenly became a serious threat.

This was especially true for Asda and Morrisons, which out of the Big 4 had most associated their offering with value.

“All the grocers made a strategic mistake in that there was inflation in the market,” Clarke recalled.

“All the big grocers allowed themselves to inflate retail prices in line with generic inflation. The discounters created a price delta which was their opportunity to grow.

“Their real growth I think came in 2012. They certainly saw that chink in the Big 4’s armour and went for it.

“It absolutely was a live challenge on how to compete with a business which was operating at a much lower operating margin than the Big 4 had historically been used to.

“We have continued to see the impact of the discounters on all the Big 4 grocers who are fundamentally losing market share.”

This period of change twisted and shaped the industry into the “aggressive environment” it is today.

Consolidation has become the name of the game if grocers want to compete and Clarke’s tenure as Asda’s leader laid the groundwork for both Asda’s, and arguably the sector’s, biggest consolidation project to date.

However, it was a deal announced just months after Clarke’s departure from Asda in 2016, that he believes made the upcoming £12 billion merger between the country’s third and second largest grocers possible.

“Although the Competition and Markets Authority will disagree with this point, I genuinely believe that the Booker acquisition by Tesco sort of gave permission for anything to become possible,” Clarke explained.

“That acquisition just gave the confidence to Sainsbury’s to initiate the possibility.”

While Clarke acknowledged that there has been lots of commentary about the potential mega merger between Sainsbury’s and Asda – and that it could be bad news for many – he said the discussion on whether the Big 4 will become the Big 3 has been raging on for years.

“Although it’s quite a significant step to go from four to three, it’s sort of an inevitability,” he told Retail Gazette.

“You’ve got to see some obvious advantages other than just synergies. Argos has a got a much strong customer alignment with Asda than it does with Sainsbury’s, the crossover is very strong. George is a fantastic fashion brand and could very easily be the biggest clothing brand in the UK.

“In terms of future consolidation, I think that depends on what happens with this merger. If this merger goes ahead, anything’s possible.”

Despite his in-depth knowledge of Asda and insights into what the mega merger might represent, Clarke is now simply an observer.

He spends his time split between an eclectic mix of companies, returning to the portfolio game he was introduced to after leaving Asda prior to Walmart’s takeover.

Although he may have all but left the sector, the remnants of his influence arguably live on.

Just a few days prior, Iceland announced it was trialing the use of biodegradable paper bags instead of plastic bags in select stores. If all goes well, Iceland will roll it out across all stores and phase out plastic bags all together.

They mark the latest developments in an increasingly prominent war on single-use plastics within the grocery sector, a topic which Clarke is passionate about.

“It’s not going to be an easy fix, and I think we have to be unreasonably demanding because we’ve just lit the blue touch paper, but it’s a very long fuse”

“I was pretty vocal about it when I was in the role, when I moved out of the role I kept that connection,” he said.

“I’ve now probably made it a more of a focus as I’m working with an organisation called Plastic Planet.

“I would like to believe that some of what I’ve contributed has helped steer some of those other organisations to getting involved.”

The collective campaign is gaining enough pace to start to affect some meaningful change, but Clarke believes there is a long way to go before plastic is no longer a problem.

“It’s not going to be an easy fix, and I think we have to be unreasonably demanding because we’ve just lit the blue touch paper, but it’s a very long fuse,” he explained.

“There’s packaging solutions which look like plastic but are biodegradable, their costs are higher than the costs of plastic today.

“There’s a sort of virtuous circle of responsibility. A big part of that has to be the responsibility of the manufacturer and the retailer to find a solution. If they don’t and they don’t move as quickly as they could, we’ll probably find the government imposing some kind of additional levy.

“The consumer has to have a choice, but everything I have read recently suggests that the consumer, given a choice of plastic free or plastic wrapped, will go plastic free. I think the challenge that stands today is the cost.”

In his journey from shelf stacker to chief executive, Clarke’s retail career has, whether intentionally or not, served to mould the UK grocery sector as it stands today. The foundations laid throughout his career may yet become even more relevant as big shifts in grocery continue to happen.

Moreover, he remains a vocal member of the retail community, and it’s likely the sector will hear more from him in the coming years.