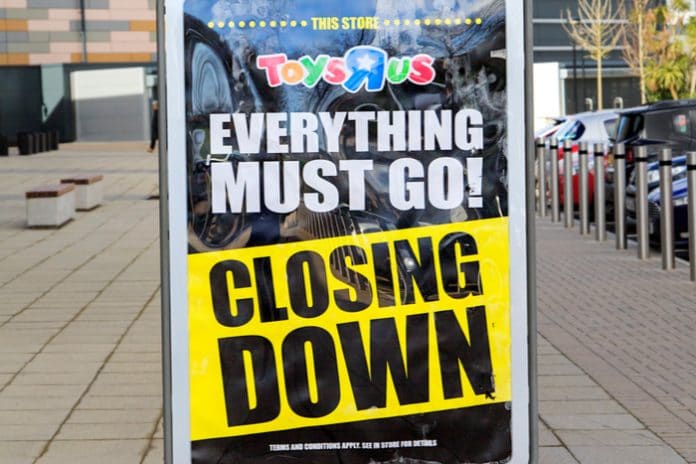 CVAs are quite literally taking over the high street, with both major retailers and restaurants adopting them at a worryingly accelerating rate.

Since the start of the year the number of companies entering a CVA has increased by 143 per cent, while the number of insolvent retailers has hit over 3200 since 2014.

Its no wonder the insolvency process, which represents a last resort for companies in financial straits whose only other alternative would be to enter administration, is increasingly being criticised as a “crutch”.

This is because it allows struggling companies, who are often a victim of their own mistakes or inflexibility, to renege on contracts in order to keep themselves afloat, leaving other parties to foot the bill.

Worst off under these agreements, are landlords. However, after months of gritting their teeth and bearing the brunt landords are starting to fight back, not only banding together to pose genuine threats to CVAs being approved but finding ways to minimise their losses at the retailer’s expense after the fact.

“CVAs are, more often than not, now being used to target one group of creditors; landlords,” law firm Shulmans’ partner Helen Hill said.

Do they agree to reduce rents to retain their tenants or do they run the risk that their portfolio of stores will sit empty? If there’s one thing retail landlords fear more than anything, it’s the curse of the vacant unit

“I have sympathy for the landlords’ views because entering into a CVA allows a tenant to try to save their business at the expense of the landlord’s business, and the CVA supports the tenant paying a reduced or nil rent under leases that were often just bad business decisions on the tenant’s part.”

Under a CVA, a retailer can opt out of lease agreements with landlords on underperforming stores and vacate them entirely, while negotiating rent reductions of huge percentages on the rest of their estate.

Not only is this process seemingly unfair in that it forces landlords to pay out for the failure of another company, but they have very limited say in whether it goes ahead or not.

One of this years most publicised and contentious CVAs is House of Fraser’s, representing the first instance in which landlords posed a real threat to it going ahead.

Prior to voting to approve the CVA, which is to see 31 of the department stores 59 stores shut, a dozen landlords held talks with law firm Bryan Cave Leighton Paisner about a possible block of the CVA.

Despite a huge backlash from landlords, the CVA was approved just weeks later. Retail property specialist Revo’s Mark Williams says this lays bare the issues with the system.

Landlords fight back against “unfair” CVAs

“The fact that House of Fraser is able to proceed with such a fiercely opposed CVA underlines that this legislation is completely broken and needs urgent review,” he said.

“Landlords alone – many of which are pension funds and Local Authorities  – are being made to pay for the mistakes of the business owners, and the Government’s failure to reform the business rates system.  The impact will be felt up and down the UK in town centres and on high streets.

“This apparent ease with which some retailers are exiting leases entered into in good faith not only deters companies from investing in our town centres, it fundamentally undermines the UK legal system where contract is sacrosanct.”

Though the system may be skewed in retailers favour, there have been almost no CVAs this year in which creditors did not vote to approve it by less than the 75 per cent threshold.

In what is clearly a damaging move for retailers, why on earth would they chose to approve it?

The answer, according to audit and tax specialist RSM’s head of retail Andrew Westbrook, is because it represents the lesser of two evils.

“Retail landlords need to brace themselves for an increasing number of demands, but they face a difficult decision,” he said,

“Do they agree to reduce rents to retain their tenants or do they run the risk that their portfolio of stores will sit empty? If there’s one thing retail landlords fear more than anything, it’s the curse of the vacant unit.”

In response to being forced into such a difficult corner, reports have begun to emerge that landlords are selling off stores where retailers under CVA are paying reduced rents to healthier companies.

This week Drapers reported that up to seven New Look stores, which entered into a CVA in March, could soon be handed to retailers including JD Sports, Mountain Warehouse and Iceland.

A source told the publication: “A lot of landlords are saying now saying ’I think I can do better or the same’ and this I think this has caught New Look by surprise.”

Under the terms of a CVA landlords can choose to break the leases if 60 days’ notice is given, this is clearly a tempting prospect for many property owners with desirable properties.

But more constructive solutions are already being proposed. Colliers International has proposed a five-point model that would look to change the leasing model between retailers and landlords, aiming to prevent the need for retailers to enter a CVA in the first place.

The five points include making five-year leases standard, doing away with inflexible historic leases which often last for decades. This measure is already being adopted by many property companies.

Next is that rents will be based purely on the turnover of the store, preventing disproportionate rent bills that retailers simply can’t pay.

“These types of lease features are relatively common in the retail factory outlet environment but have not been brought in a structured way into the mainstream market,” he added.

“This isn’t just blue sky thinking. This model won’t be relevant to some circumstances, particularly in fragmented ownership high streets and for flagship stores but there are an increasing number of similar leases being agreed across the UK and we are close to launching a leasing campaign for a new mall redevelopment within a well-established shopping centre where all leases will be offered on this basis.”

Even Richard Flemming, the man who is credited with pioneering the use of CVAs in the UK, thinks we are likely to see another 12 months of significant turmoil in the sector.

This will inevitably mean more CVA proposals, but the property sector has made it clear it is no longer willing to roll over and take a hit to its own wallet.

Its not clear what the outcome of this growing opposition will be, but demand for reform is reaching boiling point and a fundamental change in how they’re implemented will be a vital part the future landscape of retail.