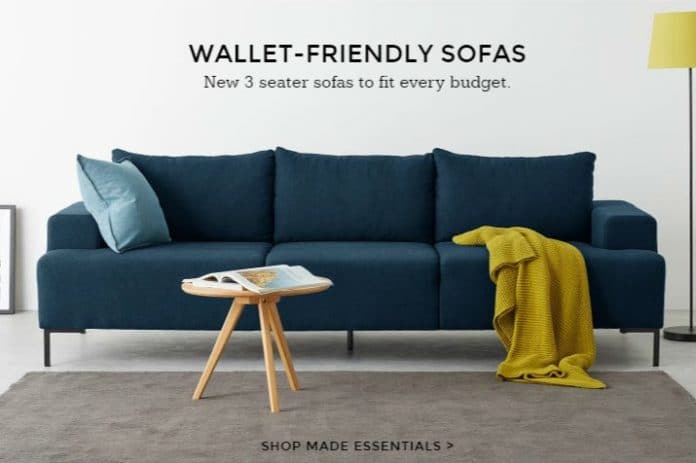 Made.com has announced ambitious expansion plans into Europe as it seeks to sure up finances in the wake of the devalued sterling.

The homewares and furniture retailer today announced plans to expand operations to Spain, aiming to tap into its £6 billion-a-year market.

It is understood that its European operations are set to account for around half of its sales this year, with Made.com already trading across seven territories.

Last year revenues rose 40 per cent to £127 million despite the company remaining unprofitable with £4.9 million in losses, down from £6 million a year earlier.

Its chief executive Philippe Chainieux said these figures were hit by the drop in the value of the sterling surrounding the Brexit vote.

“The move into Spain is another important milestone on our journey to become Europe’s leading design destination,” Chainieux said.

“The total market for furniture and homewares in Europe is worth in the region of £120 billion, so there’s lots to play for.

“We believe Made is set up to be one of the winners in an era of enormous and rapid change in retail, as more of the market moves online.

“We have a unique range of design-led products and deep supplier relationships which enable us to bring new products to market every week, giving consumers new reasons to shop with us.

“We have also made significant investment in our technology and infrastructure, giving us a platform that can be scaled to support our rapid growth.”