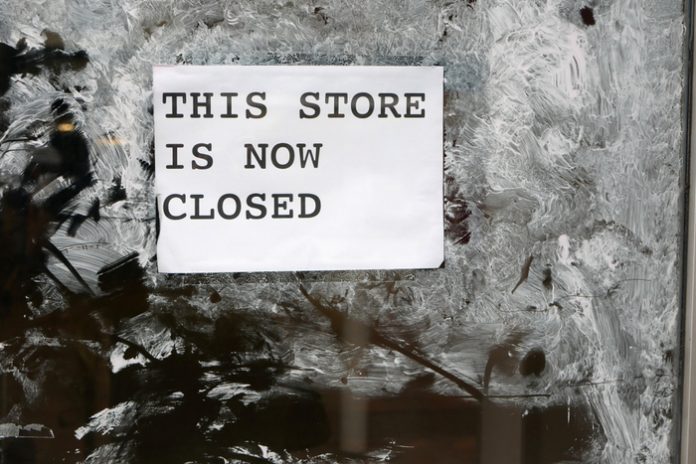 What do these 19 retailers have in common? By this point in 2018, you’d be hard pushed to find someone who didn’t know that this was a list of retailers who had fallen into administration this year.

Though everyone knows the names of the stores which have collapsed, so few have much of an idea about what administration actually entails, and more importantly, what it means for the retailer.

To rectify this, the Retail Gazette spoke to Jimmy Saunders of Duff & Phelps, the firm that handled BHS’s infamous administration in 2016.

A trading administration is defined as an informal path to insolvency, the state when a company can no longer cover the debts its owes, and is designed to help companies overcome severe financial difficulties.

As part of this process, the appointed administrator will take over control of the business from the board of directors and run it for a period of time.

If a sale is achieved the liabilities, or debts, are left behind.

“Secondly if a sale can’t be achieved then it would do a managed wind-down of the business. The administrator would run the business, liquidate all the stock and turn it into cash.”

This notice can stop creditors who are owed over £750 from issuing a winding-up notice, where they call on a court to liquidate a company they believe is insolvent.

Secured creditors like banks can also trigger an administration, as seen with Jessops in 2013.

After a company enters a trading administration, it effectively has a time limit of a few weeks for a sale to be made.

“The thing with a trading administration is that there is a great deal of uncertainty for everyone involved,” Saunders explained.

“What happens with a trading administration over a few weeks is that your supply chain gradually fragments, and you get to a point where if someone wants to come and view the business, there’s nothing in the pipeline for projections, there’s no stock.

“There’s a cost of rebuilding your supply chain, which is often insurmountable.”

Under a pre-pack administration, an administrator is nominated to act on behalf of the company.

The key difference is that instead of being handed control of the company and actually acting as administrator, they will go out to the market and attempt to sell the business before it enters administration.

“What he’ll do is advertise it, he’ll run an AMA (Accelerated Merger and Acquisition process),” Saunders said.

“It doesn’t actually ever trade in administration. The whole business just transfers seamlessly from an old company to a new company.”

Acting as a kind of pre-cursor to a trading administration, the sales process will happen “behind closed doors” with all interested parties being asked to sign a non-disclosure agreement (NDA).

Landlords vs CVAs: The battle of UK retail

“The proposed administrator then negotiates a deal with both he and the counter-party are happy with, and the agreement is all but signed,” Saunders explained.

“Then the documents to appoint the administrator are filed at court, almost immediately afterwards the sale documents are executed.”

Under a pre-pack sale – the type Sports Direct’s Mike Ashley has earnt a reputation for favouring – the corporate or legal entity of the former business will then enter administration.

All the actual business operations and assets are handed over to the new buyer, leaving behind a shell company where all the liabilities stay.

“Whatever financial consideration the administrator receives from the purchasing company effectively goes into a pot, that’s distributed to the old company’s creditors in that shell company. There’s nothing left in there except liabilities.”

This process is often preferred by all parties for a number of reasons. Under a pre-pack the entire workforce must transfer to the purchaser, along with all their rights.

One of the drawbacks to a pre-pack administration is that they happen so quickly, the buyer often has no time to thoroughly research the company meaning there is a lot of risk, however they often get it at a substantially lower price.

If no buyer is found, the company will transition naturally into a trading administration.