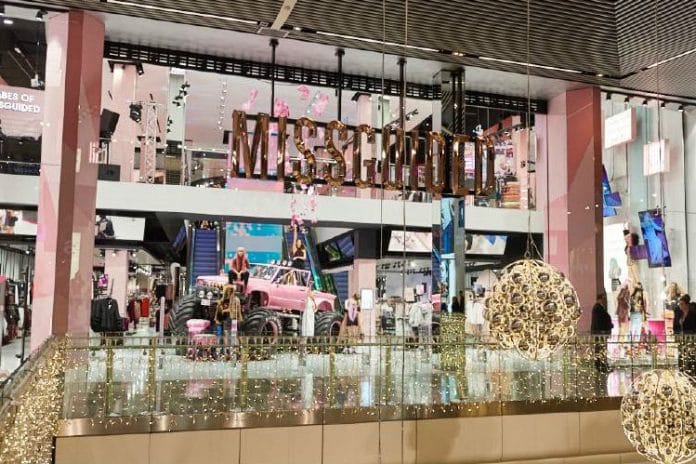 MPs said they were “disappointed” that Missguided’s chief executive Nitin Passi failed to appear in front of Parliament after being summoned.

Earlier this month Amazon, Boohoo, Missguided, PrettyLittleThing and Asos were requested by Mary Creagh MP, chair of the environmental audit committee, to present a range of information to the house of commons surrounding the companies’ sustainability strategies.

In a letter addressed to Passi, now published “in the interest of transparency”, Creagh reiterated her invitation to present evidence in relation to the inquiry, which will cover issues like the underpayment of UK garment factory workers, plastics and pollution.

“Given the seriousness of these issues we would expect them to warrant your personal attention as the ultimate decision-maker in your organisation,” she said.

“Chief executives from both Boohoo and Asos have accepted our invitation… We are disappointed that you have declined.”

Passi responded to the letter stating that in his stead Paul Smith, the retailer’s head of product and supply, would attend.

“Paul has 33 years’ experience working in clothing retail at a variety of retailers,” Passi said.

“I firmly believe this experience will be helpful to the committee as it considers the right recommendations on which government policy going forward will be based.”

The companies, whose responses will be released publicly once they’re received, were dragged into the spotlight last month when the committee heard evidence suggesting that some retailers were forcing British clothing factories to pay workers illegally low wages.