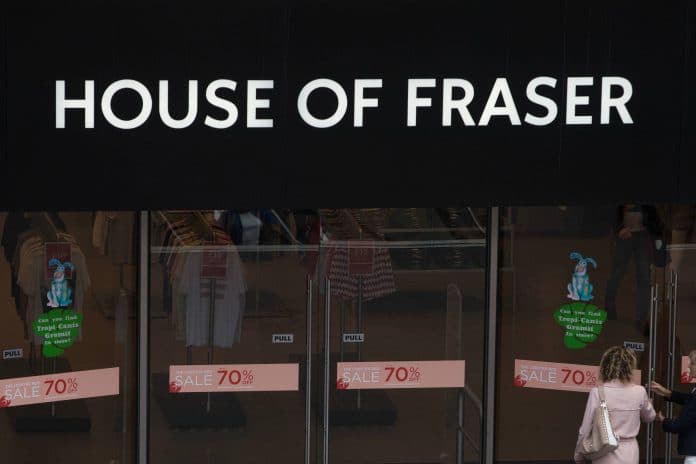 House of Fraser’s branch in Hull has been saved from closure after new terms were agreed between the landlord, local council and the department store’s new owner Sports Direct.

This means the 100 staff on the verge of being made redundant have been given a last-minute reprieve and now had the option to keep their jobs.

House of Fraser’s Hull branch had been due to shut on December 29.

The retailer said the deal to remain open was agreed following talks between its parent company Sports Direct, the landlord and Hull City Council.

Sports Direct founder and chief executive Mike Ashley had bought House of Fraser out of administration for £90 million in August.

In a statement, Ashley said: “It is great that the Hull store is getting a second chance and saving over 100 jobs.

“This is a good example of what can be achieved when everyone pulls together.”

In September, Sports Direct agreed terms on 20 stores and has been operating the House of Fraser estate on short term licences which allow it to hand over the keys with just two months’ notice.

In October, House of Fraser said that stores in Exeter and Shrewsbury were due to close in early 2019, leading to hundreds of job losses.

House of Frasers in Cirencester, Edinburgh, Nottingham, Norwich, Gateshead, Lakeside and Chichester are also closing down after Sports Direct failed to reach an agreement with their respective landlords.

Meanwhile, iconic House of Fraser stores in Glasgow and Manchester have been rescued, along with the Swindon branch.

To date, around 23 House of Fraser stores have been saved from closure, saving an estimated 3600 jobs.