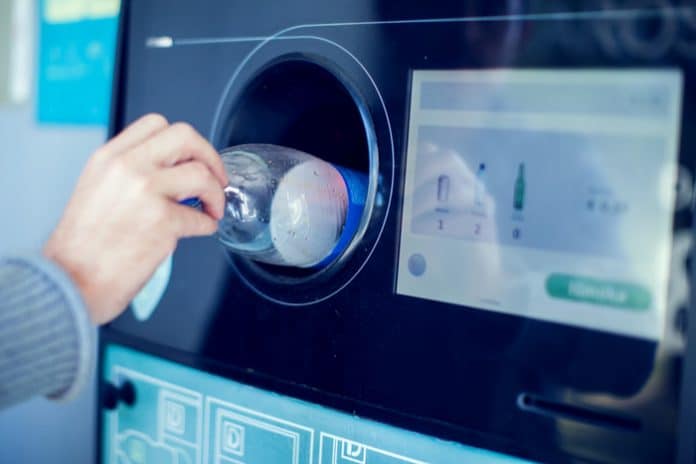 The supermarket introduced the high-tech reverse vending machines at its stores in Wolverhampton, Mold, Fulham and Musselburgh and its head offices in Deeside, as part of the growing push across the industry to reduce plastic waste.

Under the scheme, which is also being trialled by other leading grocers like Co-op and Morrisons, shoppers are rewarded with a 10p voucher for every plastic bottle they deposit in the machine.

Government to launch bottle deposit return scheme across the UK

Any bottle of up to three litres can be deposited, but a barcode must be scanned by the machine to prove that the bottle was purchased in Iceland.

According to new figures 311,500 plastic bottles have been recycled through Iceland’s machines so far, and they have proved particularly popular with children who were “particularly engaged”.

“It’s clear from the results that consumers want to tackle the problem of plastic head on, and would be in support of a nationwide scheme,” Iceland’s managing director Richard Walker said.

In March the government announced that it will introduce a new variable tax on all drinks sold in plastic, glass and metal drinks containers in the form of a deposit.

Customers will then be able to empty the containers and return them to retailers as part of a country wide deposit return scheme (DRS).

Retailers will be responsible for recycling the returned containers and many have suggested the use “reverse vending machines” to streamline the process.