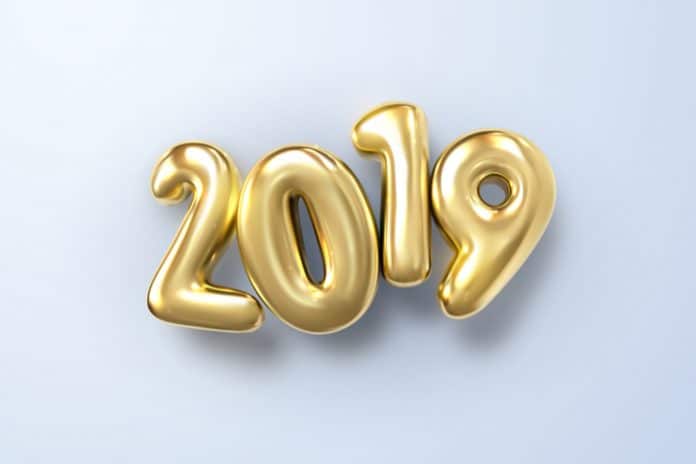 As retailers scurry to stockpile products in the event of a no-deal Brexit in March, 2019 is already shaping up to be extremely unpredictable.

Last year the retail industry was presented with extremely challenging trading conditions, leading to the most store closures and job losses since the global financial crisis of 2008.

The proposed £12 billion Sainsbury’s-Asda merger and House of Fraser’s fall and rescue by retail tycoon Mike Ashley also dominated retail news in 2018, alongside headlines that exacerbated the decline of the high street.

Meanwhile, the Christmas trading period was a rollercoaster, with some retailers doing well in their sales while others failed to meet expectations.

The year ahead presents many things for UK retail to look forward to. This includes the rise of experiential retail, heavy discounting, the popularity of Insta-shopping, sustainability and of course, how the outcome of Brexit will affect retailers.

As consumers continue to pick experiences over purchasing items, retailers enter a new age of experiential retail, John Viccars, director of strategy at brand consultancy RPM, said 2019 would be a pivotal year for this trend.

He said consumers were not just looking to walk into a shop and purchase something, especially when they can just do that online from home. Instead, they want experience.

“Retailers will need to revolutionise their retail spaces and make them experience-led,” Viccars said.

“Experiential retail will continue to flourish, bringing the unexpected and merging online retailers with the physical world.

“Retailers need to offer customers additional value along with their products and services. Retailers need to maximise this if they are going to tap into their full potential for cross-cultural customer connection.

“A trend we may see in 2019 is retailers making more effort to understand their customer expectations and over-deliver with their in-store experiences.

“In 2019 we will be somewhere between the gimmicky stunts and the richer experiences as the retail landscape evolves.”

He added: “In 2019 we will be somewhere between the gimmicky stunts and the richer experiences as the retail landscape evolves.”

Perhaps the most dominant theme that could dishearten both retailers and consumers is the outcome of a deal or no-deal Brexit in March.

The Retail Think Tank (RTT), which is led by KPMG and consultancy firm Ipsos Retail Performance, predicts that the UK retail industry will struggle to grow regardless of the Brexit outcome.

“It is too easy to point the finger at Brexit as the singular cause of all the woes in the industry,” KPMG head of UK retail Paul Martin said in RTT’s whitepaper.

“There is in fact a much wider array of forces at play currently. These forces have been gathering momentum for a number of years and are by no means new.”

Just recently, Tesco and Marks & Spencer announced they would be stockpiling packet and tinned foods as the UK prepares for a possible no-deal Brexit that could lead to major delays in ports. Additionally, The Entertainer stockpiled 100 container loads of its toys to ensure zero shortages this summer for similar reasons.

The RTT whitepaper also predicted that the over-supply of physical stores, changing consumer behaviour, and regulatory and compliance costs will be one of the many forces that would impact negatively on the retail industry in 2019 – regardless of what happens when the UK’s divorce from the EU is finalised.

The RTT said 2019 would “undoubtedly” see more retail casualties, especially on the high street when the next rental payments are due, but “controlling the controllable” would provide the best chance of survival in the next 12 months.

The anticipation surrounding the outcome of Brexit could be one of the reasons that would enforce heavy discounting among retailers, particularly when customers are less likely to “splash out” the longer the negotiations take place.

“The longer the negotiations go on, the more uncertainty there will be,” Customer First Group founder Martin Newman in the RTT whitepaper.

“The longer the negotiations go on, the more uncertainty there will be.”

“People won’t splash out at the tills, and retailers will have to entrench themselves in deeper and deeper discounting to buy demand.”

“Those who are left have to protect their margins and they may accept fewer sales at a higher price. In some cases, no sale is better than a bad sale,” he said.

Online-only retailers were without doubt star performers throughout 2018, and are expected to continue flourishing this year.

However, they could soon be faced with the rise of Instagram shopping. In November, the social media platform was reportedly working on a standalone ecommerce platform, aiming to capitalise on the 25 million business accounts it currently boasts.

Wesley Maclaggan from Marin Software anticipates that “Instagram’s growth will continue in 2019, especially with the recent news that Instagram will be enhancing its eCommerce features”.

“Instagram’s boom was one of the most exciting areas of digital advertising growth we witnessed last year,” he said.

“However, since Facebook (Instagram) hasn’t yet implemented ‘unskippable’ ads, brands are at the mercy of users’ thumbs clicking through the story quickly, making it paramount they get their creative right in 2019.”

According to Dan Mitchell, global director of retail at analytics company SAS, mobile and online shopping will move toward conversational interfaces.

“The goal is to be able to move from keying into a search box ‘red cardigan sweater with buttons” to saying it verbally’,” he said.

He added: “Chat functions are already present in most software, and retailers will insist on making that functionality even stronger this year.”

As expected, consumers will carry on making conscious decisions when buying products, and sustainability among retailers is forecast to remain an important factor when engaging with their consumers.

Last year saw retailers take action when it came to sustainability, especially with more and more consumers wanting to spend their money on more environmentally-conscious brands. And with the increasing popularity of the Veganuary movement at the start of each year, consumers are constantly exposed to retailers’ sustainability programs.

For example, Morrisons launched a £1 fruit and vegetable box scheme that aimed to cut back on food waste, while M&S and Waitrose kicked off the year by joining rival Tesco with a new range of vegan food products.

H&M, Peacocks, Iceland and Co-op have already upped the ante in the war against plastic, Burberry has committed to reducing textile waste, and Waitrose has pledged to ban plastic glitter found in its Christmas products by 2020.

“In 2018, the nation took a stance against the volume of single-use plastic sent to landfills, from straws, to plastic bottles and coffee cups.

“I believe within the next 12 months millennials will wake up to further ways they can reduce the impact their shopping habits have on the environment.”