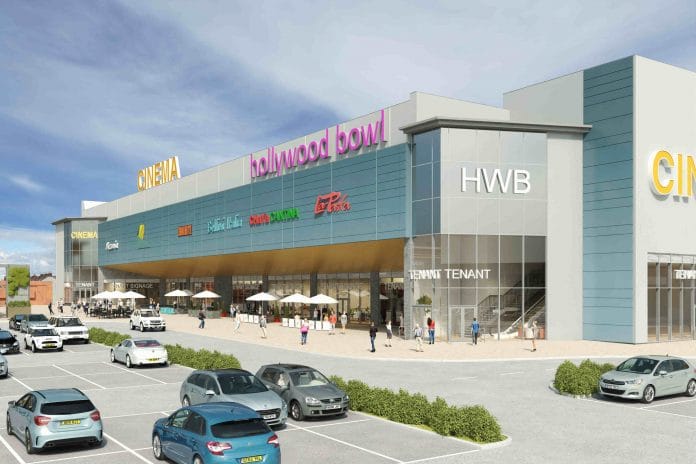 Liverpool City Council’s planners have approved plans for an expansion to Liverpool Shopping Park expected to create up to 885 new jobs.

The second phase will see a further £30 million invested into Liverpool Shopping Park on Edge Lane by its owners, The Derwent Group, and will deliver in excess of 145,000sq ft of additional retail and leisure space.

The scheme will feature a 60,000sq ft anchor retail store and a further 16 smaller retail units, alongside a leisure block comprising a six-screen cinema, a new ten-pin bowling alley, a gym and five restaurant units.

“Planning approval is a tremendous step forward in the evolution of Liverpool Shopping Park and is a testament to the park’s success to date and the confidence the city has in its future,” The Derwent Group development director Nigel Machin said.

“It’s a bold scheme that, in light of the rapidly evolving retail market, has been designed to meet the changing needs of operators and shoppers.

“We are confident this phase will really strengthen the existing LSP offer and be welcomed by the local community too.

“The addition of a large flagship anchor store and a number of smaller units will enhance our growing reputation as a destination shopping park and provides a wider range of opportunities for retailers.”

Planning approval puts Liverpool Shopping Park one step closer to becoming one of the largest shopping parks in the UK once complete.

Work will start on site in summer and phase two is expected to open to the public in autumn 2020.

The first phase of Liverpool Shopping Park opened in October 2017.