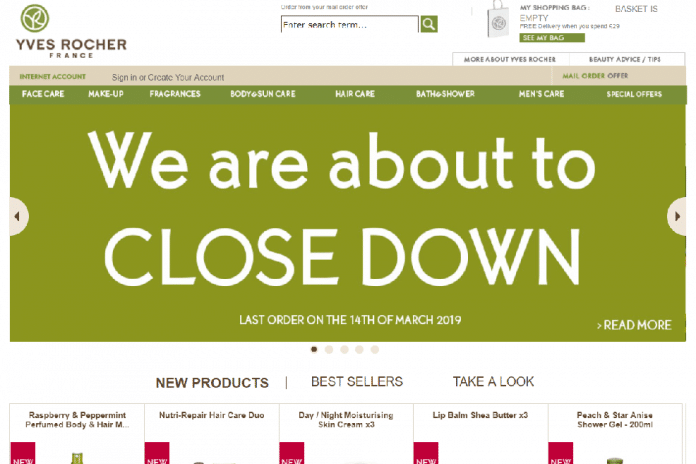 // It will stop taking orders on March 14, 2 weeks before Brexit takes place

Yves Rocher has cited concerns over the economy as it announced its decision to close down its UK website and stop taking orders from the middle of next month.

While it has not blamed Brexit explicitly, its decision to stop taking orders on March 14 is two weeks before the UK officially divorces from the EU.

In a statement on its website, the French beauty retailer said “the economic context does not allow the Yves Rocher brand to continue trading in the UK anymore”.

Around half of that traffic derives from European Economic Area countries, and the UK comprises of just 0.5 per cent of the total.