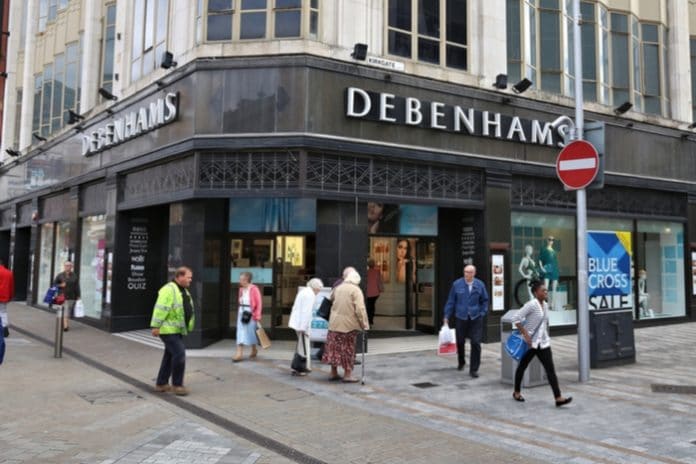 // Debenhams has secured £200m worth of funding

Debenhams has secured a £200 million cash injection to help save the business and stave off a takeover campaign led by Mike Ashley and Sports Direct.

The embattled department store retailer has successfully locked in bigger-than-anticipated borrowing facilities after striking a deal with its existing lenders and noteholders.

It said the funding would “provide liquidity headroom” and “deliver stability for its customers, staff, suppliers and pension holders”.

The retailer said it would also pursue restructuring options to “secure the future of the business”.

However, it warned some of the options could result in no equity value for its current shareholders.

Earlier this month, Debenhams said it was in advanced stages of securing a £150 million refinancing deal from lenders ahead of a rent deadline that falls next week.

However, that figure had grown to £200 million.

Without the fresh capital, the 206-year-old department store business could have fallen into administration.

Sports Direct had also offered an unsecured loan of £150 million to Debenhams which was subject to conditions, such as installing Ashley as Debenhams’ new chief executive, and increasing its stake in the department store to 35 per cent.

According to Sky News, Debenhams lenders had ruled out accepting Sports Direct’s offer after Debenhams said it would consider accepting it.

Under the proposal, Debenhams would have a 12-month option to buy back Magasin Du Nord at the price at which it was sold to Sports Direct.

As part of the deal, Sports Direct again proposed that Ashley would become a director and the chief executive of Debenhams to assist the retailer through its restructuring process.

Debenhams hit back, saying that Sports Direct’s proposal “does not address the company’s funding and restructuring requirement” or balance the stokeholders’ interests.

“Magasin is a key part of the Debenhams group, is cash flow generative and a meaningful contributor to group profits,” the department store said in a statement.

“As such, Magasin is an important part of any lending proposition and therefore any broader solution that protects value for the group.”

“The board has remained open to engagement with Sports Direct throughout its refinancing process and has provided clear guidance on what would represent workable solutions that would allow Sports Direct to participate while also protecting the interests of other stakeholders,” the department store said.

“This guidance has been repeatedly ignored by Sports Direct.”

The news comes a day after Ashley requisitioned a meeting of Debenhams shareholders as part of a renewed attempt to give the boardroom a clean sweep and install himself on it.

Ashley issued the formal request after his first attempt on March 7 was foiled by a technicality, because Sports Direct’s shares in Debenhams are held by a third-party nominee.

Ashley – who has a stake of 29.7 per cent in the department store retailer through his Sports Direct retail empire – wants to install himself on the board and remove all other members except finance boss Rachel Osborne.

As part of his proposal, he would step down from his position as Sports Direct chief executive, to be replaced by deputy finance boss Chris Wootton in an acting capacity.

The same coup also saw Sergio Bucher ousted from the boardroom, but he was permitted to continue carrying out his duties as Debenhams chief executive.