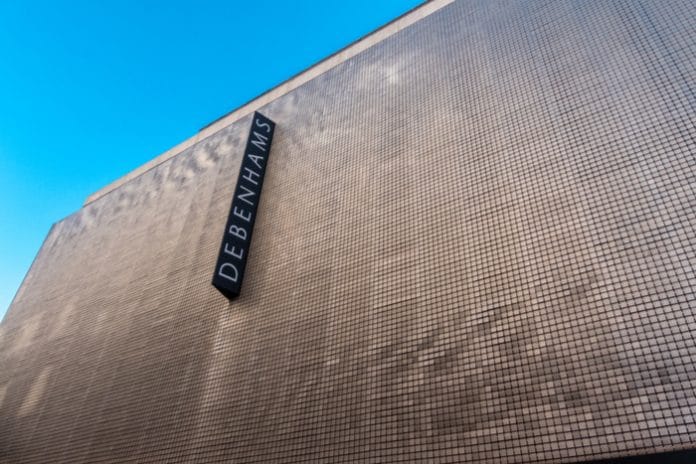 // Sports Direct’s one-year loan is subject to conditions, such as installing Mike Ashley as CEO

Debenhams has said it would consider a proposal from its biggest shareholder Sports Direct to provide a £150 million unsecured loan, less than 24 hours after the latter revealed it had reported the department store to the Financial Conduct Authority.

Other conditions includes providing Debenhams shareholders the chance to vote on issuing new shares to Sports Direct, increasing its stake in the department store to 35 per cent. Sports Direct currently has a stake of 29.7 per cent.

If approved, the loan would be interest-free, but without the share issue it would bear three per cent interest.

In response, Debenhams said in a statement this morning that any third party loan offer on the terms offered would require both the consent of its existing lenders and bondholders as well as “material amendments” to existing facilities.

“Nevertheless, the board will give careful consideration to the proposal and will engage with Sports Direct and other stakeholders regarding its feasibility in the interests of all parties,” the retailer said.

The loan offer from Sports Direct came on the same day it revealed that it had raised concerns with the FCA for the way in which Debenhams has communicated the health of its finances to the market.

In a letter that was circulated earlier in the day – which was dated March 4, Sports Direct took aim at the retailer’s financial statements.

The letter said that a previous trading statement in January was “at best impossibly optimistic or at worst deliberately misleading”.

In the trading statement in question, Debenhams noted it was “currently on track” to meet market expectations.

Eight weeks later, the retailer warned its profits would be lower after a hit to sales in the 18 weeks to January 5.

But the day after the letter was written, Debenhams issued the latest in its string of profit warnings.

As Debenhams’ largest shareholder, Sports Direct was sent a copy of the profit warning the night before it was made public.

Sports Direct’s letter also accused Debenhams of being “misleading” by stating in January that it continued “to generate cash” amid ongoing discussions to refinance the business.

Sports Direct said it shared its letter with the FCA in order to put its concerns on record.

“Your priority and fiduciary duties as directors are to secure the best outcome for the shareholders,” the letter read.

“This is clearly not the case as we believe the majority of shareholders’ best interests are being undermined by the continued misleading public statements, and cloak-and-dagger actions in the refinancing process whereby, as noted, we are not getting anywhere near close to the required level of interaction and response from management to help us help you.”

Sports Direct also complained of being “very unhappy with the quality, quantity and speed of information and decision-making with regards to us in this restructuring process”.

Debenhams issued a statement in response to the letter on Wednesday evening after it had been shared with the press and before the £150 million loan offer was made, calling the complaints “unfounded and self-serving”.

“Debenhams’ board has taken advice at every stage in order to ensure that its announcements have been consistent with the disclosure requirements,” a spokesperson said.

“The company is seeking to execute a much-needed restructuring – in the interests of all stakeholders – while its biggest shareholder tries to undermine the process at every turn.”

The latest tussle between Debenhams and Sports Direct comes just days after the department store announced it was in advanced negotiations to secure a £150 million lifeline from its current lenders.

The retailer is now understood to be within reach of a deal with lenders for a further £150 million to help shore up its finances.

Debenhams said of that total, £40 million would be used to refinance the £40 million cash injection it received last month.

The department store also reportedly raised concerns with the Competition and Markets Authority after Ashley launched an attempted coup to install himself on the Debenhams board last week, which had the aim of giving the Debenhams board a clean sweep and installing himself as an executive.