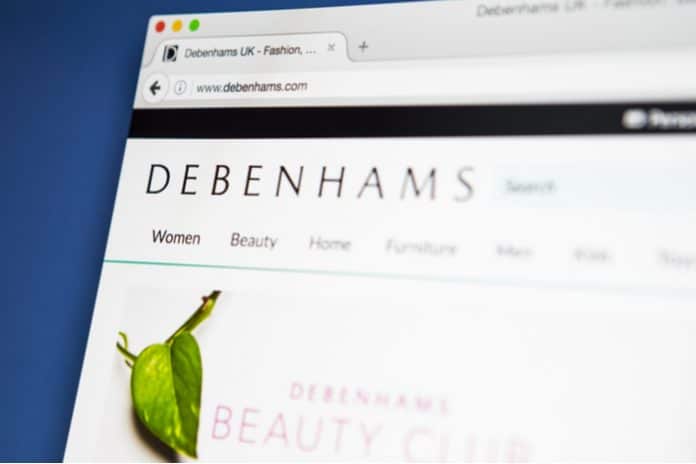 // Shares in the department store retailer plummeted 12% at 2.8p in morning trade

// Debenhams continues to be locked in refinancing talks with its lenders

Debenhams took a hit in the stock market this morning after it issued a fresh profit warning thanks to ongoing pressure on sales as refinancing talks with lenders continues.

In an unscheduled trading update covering the 26 weeks to March 2, Debenhams said its January prediction that it was on track to deliver profits in line with market expectations was now “no longer valid”.

It attributed the warning trading headwinds, costs associated with efforts to put the retailer on a secure financial footing and macroeconomic uncertainties.

The news prompted shares in Debenhams to plunge by 12 per cent at 2.8p in morning trade.

The news comes less than a month after the embattled department store chain secured a cash injection of £40 million from lenders.

“Discussions with stakeholders have now progressed to include options to restructure our balance sheet in order to address our future funding requirements, and are continuing constructively,” Debenhams said in a statement this morning.

The department store issued three profit warnings last year and in its full-year results, it unveiled a historic £491.50 million statutory loss and announced plans to close up to 50 stores within three to five years, putting an estimate of 4000 jobs at risk.

Debenhams currently has £520 million in debt facilities, including £320 million of loans and £200 million of bonds which are due to be repaid next year. In January, it said it had net debt of £286 million.

Chief executive Sergio Bucher said: “We are making good progress with our stakeholder discussions to put the business on a firm footing for the future.

“We still expect that this process will lead to around 50 stores closing in the medium term.

“Our priority is to secure the best outcome for the business and all our stakeholders, whilst minimising the number of store closures and job losses.

“To do this, as we have said before, we will need the support of both landlords and local authorities to address our rents, rates and lease commitments.”

Also in its trading update this morning, Debenhams said that in the eight weeks since the last trading update on January 10, sales have improved somewhat – but are still in decline.

Gross transaction value dropped five per cent in the period, while like-for-like sales were down 4.6 per cent.

Meanwhile, for the full 26 week period to date, gross transaction value declined 5.4 per cent and like-for-like sales are down 5.3 per cent.

The UK was down six per cent while international went down 2.3 per cent.

However, Debenhams said digital sales grew two per cent across the period.

It added that an £80 million cost-saving scheme was on track.

Sports Direct founder and majority owner Mike Ashley, who has a near-30 per cent stake in Debenhams, is reportedly in talks with Debenhams’ interim chairman Terry Duddy about being involved in the refinancing.