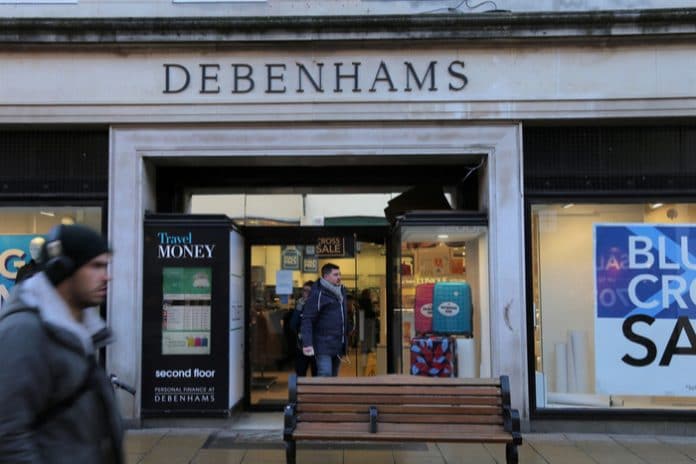 Debenhams has announced plans to close up to 50 stores after it reported the biggest loss in its 240-year history.

The beleaguered department store said it could close up to 50 under-performing stores out of its 165-strong portfolio in the next three to five years, leading to the loss of around 4000 jobs – although that has not yet been confirmed.

It comes after the retailer today reported a statutory loss of £491.5 million in its preliminary results for its financial year ending September 1.

The loss Debenhams recorded came about after three profit warnings this year and £512.4 million worth of write downs relating to store and lease provisions, IT costs, and impairment charges.

Debenhams under more pressure as insurer cuts cover to suppliers

The annual loss also compares to the £59 million profit the department store chain made in the previous year.

“It has been a tough year for retail in 2018 and our performance reflects that,” chief executive Sergio Bucher said.

“We are taking decisive steps to strengthen Debenhams in a market that remains volatile and challenging.

“We are taking tough decisions on stores where financial performance is likely to deteriorate over time.”

Like-for-like sales across the year fell 2.3 per cent year-on-year, with Debenhams noting that their core markets of fashion and beauty remained weak.

Underlying profit before tax also plummeted 65.1 per cent year-on-year to £33.2 million, before cash exceptional charges relating in part to the Debenhams Redesigned strategy.

Debenhams also announced actions to generate cash and reduce debt, to be achieved through accelerating a cost reduction programme to target around £130 million cash savings over three years, focusing on investing in priority elements of the Debenhams Redesigned strategy, and a suspension of dividend payments.

“With a strengthened balance sheet, we will focus investment behind our strategic priorities and ensure that Debenhams has a sustainable and profitable future,” Bucher said.