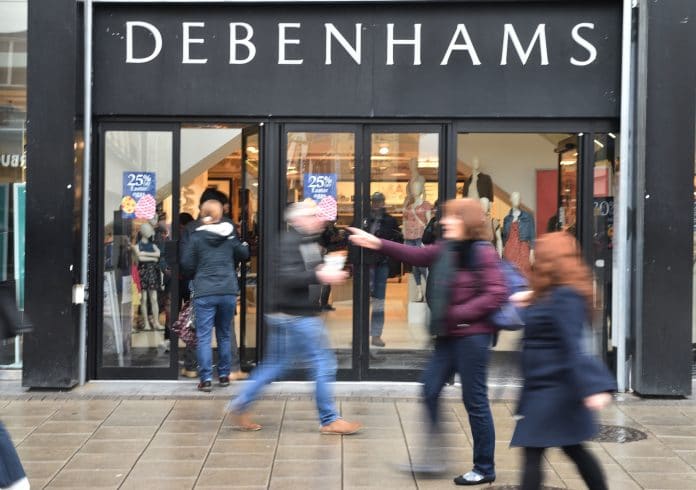 // Chairman Terry Duddy to take the reins on an interim basis

// Meanwhile, Sports Direct has written to the FCA complaining that administrators were not conducting a “genuine” sale

The chief executive of Debenhams Sergio Bucher has left office following its pre-pack administration, as Sports Direct writes to the Financial Conduct Authority to complain about the sales process.

Just before the Easter weekend, Debenhams confirmed that Bucher was to step down from his position that week – just under three years since he joined the department store in May 2016.

Chairman Terry Duddy will take the reins in the interim as executive chairman, while a search for a new chief executive is conducted.

It comes after Debenhams was placed into a pre-pack administration earlier this month.

The embattled department store had appointed joint administrators from FTI Consulting, who immediately sold the PLC part of Debenhams to a newly-incorporated company controlled by secured lenders in a pre-pack administration deal in return for reducing the retailer’s £600 million debt.

It’s widely expected the lenders – which consists of banks, hedge funds and bondholders – will now try to sell the department store chain, given that the pre-pack deal “included provisions for a group sale process to be launched immediately”.

The deal effectively meant all of Debenhams’ previous shareholders – including Mike Ashley’s Sports Direct, which was the biggest shareholder with a near 30 per cent stake – had their equity wiped out.

The pre-pack also cleared the way for a £200 million refinancing plan, announced in March, to go ahead.

Debenhams said Bucher’s departure would allow new leadership to oversee the restructuring and turnaround of the business.

“Debenhams now has a clear path towards a viable and sustainable future and we have Sergio and his team to thank for that,” Duddy said.

“With a positive, professional approach, he has acted at all times in the company’s best interests, and we wish him all the best for the future.”

Bucher had joined Debenhams after a stint at Amazon, where he ran the online retail giant’s European fashion business.

He had already been pushed out of the retailer’s board room after Ashley staged a shareholder coup which ousted him and former chairman Ian Cheshire in January.

“Now that our new financing facilities are in place, it is time to move on, knowing the company is in good hands with a plan that will deliver a sustainable future,” Bucher said.

“I would like to wholeheartedly thank all of my colleagues for their efforts and dedication during such a turbulent time, as well as our suppliers, partners and of course customers for their continued support.”

Meanwhile, according to The Sunday Times, Sports Direct has written a letter to the Financial Conduct Authority whereby it complained that Debenhams’ administrators were not conducting a “genuine” sale process.

The firm feared that restrictions imposed upon potential buyers of the 206-year-old retailer could put them off from bidding.

Bankers at Lazard have reportedly approached about 70 potential buyers for Debenhams, with prospective bidders being required to sign a non-disclosure agreement that forbids them from contacting landlords or concessionaires for a year and a half.

Sports Direct said this was a concern given Debenhams was likely to launch a CVA, which involves landlords as the process often leads to store closures and rent reductions.

However, Debenhams said: “It is usual for prospective buyers to be required to sign an NDA restricting them from speaking to third parties in relation to a sales process.”

The Sunday Times also reported Sports Direct’s letter as saying that administrators were “doing anything other than going through the motions in the likely knowledge that there will be no bidders if impractical hurdles are placed in the way”.

The letter added that the transfer of Debenhams to a group of “unaccountable American hedge funds” required immediate investigation.

Mike Ashley has already threatened Debenhams with legal action over the administration process, calling it a “national scandal”.