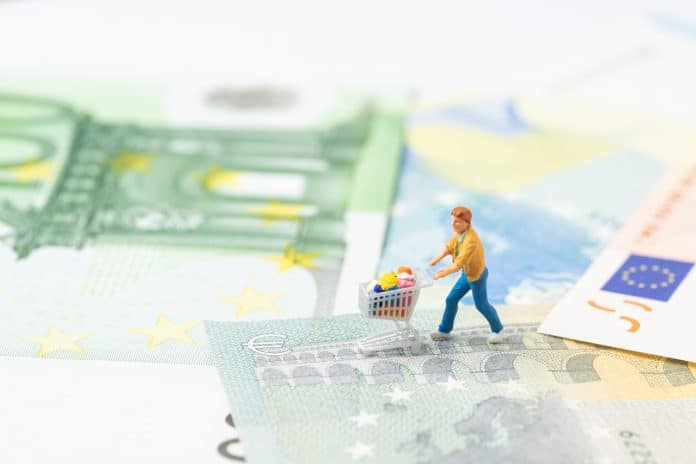 When it was announced that the UK was to depart from the EU on March 29, retailers everywhere panicked, many such as Tesco and The Entertainer even went as far as to begin stockpiling products.

UK retailers are also waiting with trepidation to see how Brexit could affect employee numbers, especially since many of their employees come from the EU.

In December last year, Home Secretary Sajid Javid unveiled proposals for a new single, skills-based immigration system to implement once Brexit was finalised. A key feature was that it marked the end of free movement to the UK – a key element supported by those who campaigned for Leave during the 2016 referendum.

With the retail industry often seeking talent from the EU and beyond for both office-level and shop floor roles, the British Retail Consortium (BRC) said retailers had valid cause for concern about that the future may hold – especially if the UK crashed out of the EU without a trade deal.

“Retailers, understandably, are concerned about the workforce implications of the UK leaving the EU without a deal,” BRC employment and skills policy adviser Fionnuala Horrocks-Burn told Retail Gazette.

“We have been calling for a demand-led system, when freedom of movement comes to an end, which does not add significant administrative or cost burdens on employers, or their future workforce.”

Under Javid’s proposed post-Brexit immigration scheme, set out in a government white paper, tens of thousands of lower-skilled migrants from the European Economic Area (EEA) and various “low risk countries” could come to the UK without a job offer, and work here for up to one year.

“Retailers, understandably, are concerned about the workforce implications of the UK leaving the EU without a deal.”

Once that 12-month period is complete, there will then be a “cooling off period”, meaning migrants have to leave the UK and cannot apply again for a further 12 months.

The Home Office said the scheme aimed to fill staff shortages in various sectors – such as retail shop floor staff – once free movement ends after the UK’s divorce from the EU eventually comes into affect.

The white paper stated that the new system would be implemented at the start of 2021 and would last until at least 2025, whereby the rules would be reviewed again.

Javid also said at the time that the new rules would enable the UK to control its borders and “deliver on the clear instruction” of the British people in light of their Brexit vote.

He added that it would set a new framework for migration based on skills, not nationality, and end preferential treatment for EU nationals.

Meanwhile, a year-long consultation has been launched on whether skilled migrants should earn £30,000 or more before they qualify for the right to work in the UK under the Tier 2 sponsored visa scheme.

At the moment, the Tier 2 scheme is available for skilled workers from outside the EU to live and work in the UK for up to five years, but this is poised to change and become applicable to anyone from outside the UK once free movement with mainland Europe comes to an end.

The white paper says skilled workers will have to secure a job offer before they arrive and have to have a minimum equivalent qualification of A-Level or above.

While there is currently a yearly cap – broken up into varying monthly quotas – on how many people can enter the UK via the Tier 2 scheme, under the new immigration proposals there would be no cap given EU citizens would not have free movement.

The current rules also stipulate that people need to be earning at least £30,000 per year in order for their Tier 2 visas to be approved, but they may have to earn more than that depending on the result of the government’s consultation.

Jackie Penlington, senior associate at law firm Stevens & Bolton, said: “It is likely that a number of European nationals who arrive after Brexit may not qualify under new immigration rules to remain here long-term, especially if they work in a low-skilled role or earn less than £30,000 annually, which many retail employees may well do.

“This will have a huge impact for retail employers trying to recruit and retain the best staff.”

“Many jobs in the retail sector – such as shop floor assistants – will not meet the minimum skills threshold required for Tier 2 sponsorship.”

BRC chief executive Helen Dickinson told Retail Gazette: “The salary level in the white paper is £30,000, so I think the points I’ve heard lots of retailers talk about is that there isn’t a magic line of a salary of £30,000 where you’re low-skilled beneath it and high skilled above it.

“There are some professions, like bakers… people in those sorts of jobs are ‘skilled’ but they’re earning less than 30,000.

“So the salary cap should be a demand-led system.”

Penlington added: “The new Tier 2 sponsorship regime is also likely to expand to include EEA nationals in the future.

“However, many jobs in the retail sector – such as shop floor assistants – will not meet the minimum skills threshold required for Tier 2 sponsorship.”

The white paper suggests that retailers may need to become more reliant on lower-skilled workers from the EU for certain jobs.

“The retail sector is one of the most heavily reliant industries on overseas workers – 2017 figures showed one in every four European workers was employed in the retail, wholesale or hospitality sector,” Penlington said.

“No company wants to leave a sour taste in an employee’s mouth about the employee experience.”

“Retail employers therefore need to be taking a very proactive approach to raise awareness amongst their staff and ensure the relevant plans are in place.”

It can be argued that the UK retail industry could make the most of the proposed immigration scheme, as it means businesses will be forced to undergo a transformation where many job roles will be switched or adapted – or made redundant in a cost-cutting drive.

Higher-skilled employees will be available in the future, but the UK is expected to rely on a small proportion of lower-skilled workers to meet consumer demand.

Patrick Van der Mijl, co-founder and chief product officer at business software firm Speakap, is concerned on how communicative UK businesses will be to their employees about the potential job cuts, if their specific positions were to be eliminated – or transferred – as a result of an exodus of EU staff once the new immigration rules are implemented.

“If these UK businesses aren’t proactive, targeted and personal in how they communicate about the job cuts with their employees, it could lead to even more confusion, frustration and panic,” he said.

“Whether or not the employees are moved to another branch or department, no company wants to leave a sour taste in an employee’s mouth about the employee experience.

“Businesses should send a targeted message to each group of employees that will be laid off/made redundant.”

However, Horrocks-Burn said retail was undergoing a “period of transformation” anyway, thanks to the shrinking size of the industry’s overall workforce in the past year or so.

“At the same time we are seeing the demand for new, higher skilled roles increase and jobs in functions like warehousing grow,” she said told Retail Gazette.

“With Brexit, I think the whole sector recognises that it has reduced the attractiveness of Britain to foreign workers.”

“Looking forward, retailers will need to continue to recruit from across different talent pools and we know some retailers are reviewing recruitment channels to ensure they are recruiting from the widest talent pool.”

Oli Johnson, co-founder and director of Catapult, believes that foreign workers are and would be put off by working in the UK because of Brexit. He said this could possibly lead to retailers struggling to retain employee numbers, as well as supplier relationships.

“With Brexit, I think the whole sector recognises that it has reduced the attractiveness of Britain to foreign workers,” he said.

“The problems on the high street are reducing the demand for full time workers, while Brexit is having an impact on the supply side.

“And at the same, we are seeing a shift in the way that people think about work. There’s less patience among retail workers. If it’s not right, they will move on.

“Put all these things together, you have a challenging job market.”

Meanwhile, Dickinson argued that a lot of the EU workers in the UK have already gone home – not just in retail, but across all sectors.

“When the pound devalued, the financial benefit of being in this country diminished,” she said.

“Some of them just didn’t feel particularly welcome here anymore”.