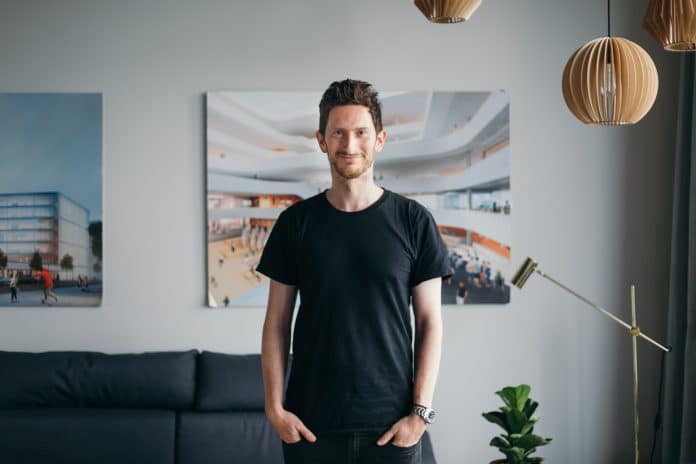 Kenneth Melchoir has been based in Berlin for three years now, and is in no rush to move back home to Denmark. He has Zalando to thank for that – not that he’s complaining.

Melchior left his role as chief marketing officer and chief customer officer at SuperBrugsen, the largest Danish supermarket chain with 230 stores, when he was offered the opportunity to work as Zalando’s Northern Europe director – a role that sees him based at the online retailer’s global headquarters in the German capital.

“It was a great opportunity,” he reflected.

“We have an amazing talent of people here that I could really learn from. I love the environment in terms of that.”

Given he is responsible for overseeing nine out of the 17 countries that Zalando trades in, multitasking is an essential facet of Melchoir’s role. These countries are all in the Nordics and Benelux regions and of course, the UK and Ireland – and despite their varied markets and diverse consumer demographics, he emphasised the importance of a “localised approach”.

“One of the successes to Zalando growing as fast as it is is that we have a localised approach,” he told Retail Gazette.

“What we’ve learnt is that the UK is so advanced and so competitive.”

Melchior believes Zalando is “on a really good track with the UK”, despite the competitive environment. But with the uninvited strain of Brexit, he said his “amazingly strong team” has been monitoring the issue closely and preparing for different scenarios as much they can.

Meanwhile, in the Nordics, Melchoir notes the market is similarly competitive but incomparable to the UK due to its “different kind of fashion” – something which the UK has only embraced in recent years.

“Scandi style is performing well, and it’s something the UK likes a lot – whereas fast fashion really came from the UK,” he told Retail Gazette.

“I’ve seen different trends. The Netherlands, due to its geographical position, has an amazing convenience proposition in general.”

“We have been thinking internationally since we launched. The UK is on our list for the future”

According to Melchior, Zalando is set on further building its presence in the UK, particularly through a possible expansion of its beauty division.

“We are German, we started in Germany, but we have been thinking internationally since we launched. The UK is on our list for the future,” he said.

“We have nine markets in Northern Europe, and the UK is such an advanced market. It will continue to grow and I see a lot of room for us to grow in the UK.

“We are very optimistic about the future. For me, I can see what the best things from each market are.”

As the retail industry increasingly shifts to online, Zalando is finding ways to stand out from giants like Amazon. As a company that serves 26 million customers a year, the German retailer is aiming to drive innovation to find out exactly what they are looking for. Melchior believes the enormous team of 2000 people working in the technology department is what sets Zalando apart.

“We cater up to 2000 brands. Zalando is an amazing combination of tech and fashion. We have around 2000 people just working in tech and really driving forward the development and innovation – it’s what sets us apart,” he said.

While acknowledging that physical stores are a different trade, Melchior said Zalando “is trying to do a combination”. The online retailer currently has five existing stores in Berlin, Frankfurt, Cologne, Leipzig and Hamburg, and there are plans to open more in six German cities – Münster, Stuttgart, Hanover, Mannheim, Ulm and Konstanz – by 2020.

Inevitably though, in the UK Zalando is facing increased competition from the likes of Amazon, Missguided, Farfetch, Ebay and Made.com. They have all launched, or plan to launch, physical stores in recent years.

“We have 26 million customers now and so many orders”

Meanwhile, as customer returns continue to be growing issue for online retailers, Melchior said as part of his role he has learnt that “returns are a part of fashion”. At the time of his interview with Retail Gazette, he said he was searching for ways for Zalando to enhance its customer experience when it comes to returning items.

“What we do is we pick up returns, it’s also available in the UK where you book a slot and then somebody will come to your house and pick up the parcel,” he explained.

The service is currently live in Berlin, Stockholm, Belgium and Cologne and all of The Netherlands, which Melchior said “is a different way of bringing innovation to the customer”.

“What every company is trying to do is find out exactly what the customer wants. It drives the customer experience forward,” he added.

One of Melchior’s proudest achievements since joining Zalando three years ago is the launch of Zalando Fulfilment Solutions in 2017. The service aims to tell fashion brands that even though they’re a partner, they are still able to ship to Zalando’s warehouses, which the online retailer will then ship out on their behalf.

“The service mean you will own the brand you control the price and do everything, but we just take over the logistics for you,” he explained.

“We have 26 million customers now and so many orders.” 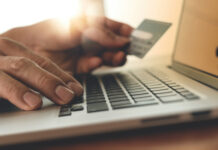