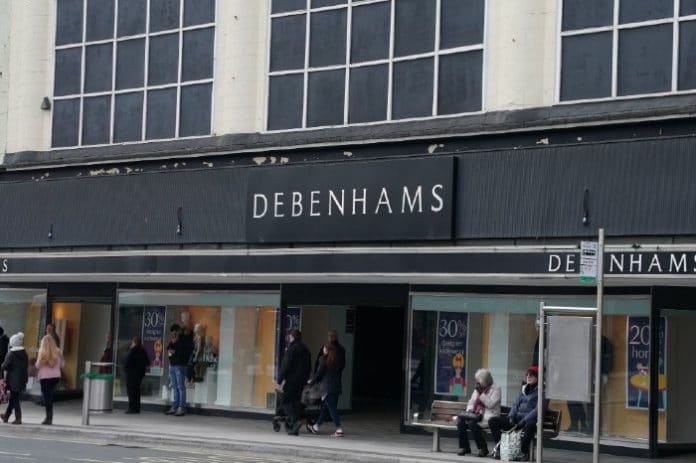 // The votes in favour were a majority “significantly above” the required threshold of 75 per cent on each proposal.

// Debenhams is expected to initially close 22 stores by January 2020, with the total growing to 50 afterwards.

Debenhams has been given the green light to press ahead with its CVA, paving the way for 22 store closures by early next year.

At a meeting yesterday afternoon, creditors – including landlords – voted in favour of the department store’s CVA plans that will also see rents lowered on 105 stores.

Debenhams said the votes in favour were a majority “significantly above” the required threshold of 75 per cent on each proposal.

While 22 stores will close by January 2020, the CVA will eventually see the closure of a total of 50 stores.

The process will place 1200 jobs at risk of redundancy across the department store chain and comes after a tumultuous period for the retailer.

“I am grateful to our suppliers, our pension stakeholders and our landlords who have overwhelmingly backed our store restructuring plans,” Debenhams chairman Terry Duddy said.

“We will continue to work to preserve as many stores and jobs as possible through this process.

“This is a further important step to give us the platform to deliver a turnaround.”

A spokesman for the Debenhams Pension Schemes said: “The trustees welcome the news that Debenhams’ creditors have voted in favour of the CVA.

“They hope that the CVA process will complete successfully and that it will facilitate a sustainable solution for Debenhams, which will ensure that the schemes are supported in the long term.

Just hours before creditors met to vote on the CVA proposals, Debenhams confirmed it would remain under the ownership of lenders after a sale process ended with no acceptable bids.

The consortium of creditors, which took control of the retailer after it went into a pre-pack administration last month, said administrators at FTI Consulting considered buyout bids to be “not at the level required to be taken forward”.

The consortium, called Celine, gave assurances that it is a “committed long-term owner” and has provided Debenhams with £200 million in fresh funding.

Details were not given on the number of suitors or level of bids.

However, reports indicate that Mike Ashley’s Sports Direct, which previously owned a 29 per cent stake in Debenhams, was not one of the bidders, despite having led an aggressive campaign to take control of the retailer before its pre-pack administration.

Bidders would have had to refinance the chain’s mammoth debts, which run to more than £500 million.

“The investor consortium is a committed long-term owner, which has provided Debenhams with £200 million in fresh funding for the financial restructuring process and to fund the company’s operating turnaround,” said Stefaan Vansteenkiste, representing Celine.

“Within the consortium, there is extensive turnaround experience, which we will deploy to support the management’s plan and to position Debenhams for a long-term successful future.”

Debenhams’ pre-pack administration last month wiped out the stakes of all shareholders including Sports Direct.