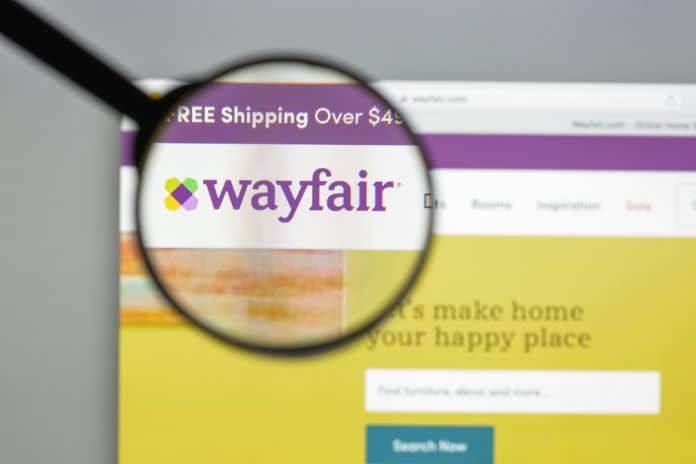 // News prompted shares in Wayfair to plunge by 6.8% on Thursday

Wayfair shares took a hit on Thursday as the online retailer posted widening losses in its first quarter, although revenue growth beat estimates.

Sales at the online homewear retailer jumped 39 per cent year-on-year to $1.9 billion (£1.5 billion) in the three-month period ending March 31.

The news prompted shares in Wayfair, which is listed on the New York Stock Exchange, to drop by as much as 6.8 per cent to $152.36 per share when the market opened, compared to the high of $173.72 recorded in March.

At the time of print, the share prices had declined further to $148.22.

The drop comes after Wayfair shares skyrocketed by 81 per cent so far this year.

It also saw 8.2 million orders fulfilled in the first quarter, which represented a 38.6 per cent year-on-year surge.

Despite the widening losses, Wayfair chief executive and founder Niraj Shah said surge in revenue was “a strong start to 2019″.

“Our ongoing investments in building our logistics infrastructure, deepening our product offering, and finding new ways to serve our customer are just a few of the many areas that are driving the momentum we are seeing today,” he said.

The online retailer has said before that “we do not link our spending in a particular quarter to revenue in that quarter.”

Wayfair added that the current quarter is off to a good start.

Launched in North America last year, Way Day came to Germany and the UK this year for the first time.

“Way Day, our biggest retail event of the year, was a tremendous success for the business, breaking our record for the highest revenue grossing day in company history,” Shah said.