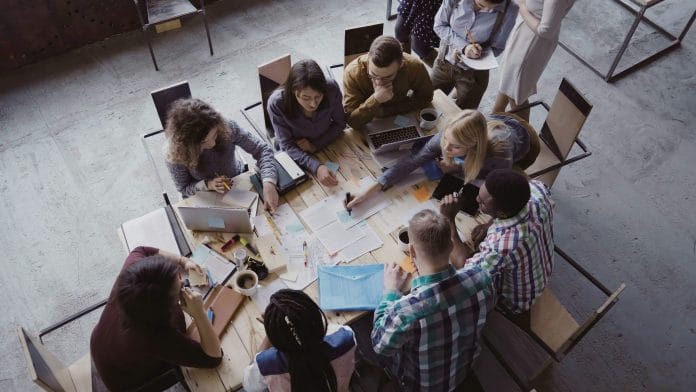 The average non-executive director in the British boardroom is 60 years old, according to a recent study from consulting firm Spencer Stuart. Yet the argument as to whether the UK boardroom should hire younger leaders is ongoing, and some retail leaders such as Superdry’s new chairman Peter Williams have come forward to express their concerns over boardrooms overlooking young people’s potential.

As society continues to be overcome by the digital age, boardroom leaders are facing the increased pressures of having to keep up with the changing consumer behaviours. It also means that the boardroom needs to find ways to retain staff, as more employees shift towards roles which offer a smoother ride.

Alex Rohloff, co-founder of buy now, pay later service Laybuy, says that the relationship the younger generation wants with retailers is vastly different to that of an older generation.

“Younger people want to try new things, collect memorable experiences and they want the journey between online and offline to be seamless,” he tells Retail Gazette.

“Technology is key to all three of these elements.”

“There is no point having a board that have only experience of bricks and mortar retailing and traditional marketing when the future of retail is rooted in digital trading and heavily influenced by social media.”

Bailey says that nowadays, boardroom leaders are focusing on what kind of developments companies need to get by, instead of giving sufficient thought to what will be valuable in the future.

It can be argued that boardroom leaders are underestimating the younger generation due to the stereotype that they aren’t qualified enough and may need more experience.

“For any brand targeting a younger age group, having a diverse board is therefore really important”

However, those like Rohloff argue that retail boardrooms should benefit from the younger generation by learning about consumers’ change in behaviour. He says that one way to do this is to consult with them at a senior, strategic level.

“This might not equate to a permanent place on the board but could mean using younger people as a sounding board on an advisory panel for key ideas and issues,” he explains.

“This will undoubtedly help them better understand what younger generations are actually looking for.”

He also notes that retailers shouldn’t underestimate the power of having a comprehensive blend of gender and generational diversity on their boards, because “combining years of expertise with youthful exuberance and contemporary perspectives can be a factor in whether a brand has a broad appeal or not”.

Esther Smith, a partner at British law firm TLT, makes the point that retail businesses are ultimately about sales, and that it would make sense for them to gain a better understanding of what their customers want and need by appointing younger people in their boardrooms. She believes they would essentially provide insight on the digital age.

“As well as all the good stuff about market research, having your customer demographic represented in the boardroom is a simple way of getting your product strategy right,” she says.

“For any brand targeting a younger age group, having a diverse board is therefore really important.”

Meanwhile, Bailey tells Retail Gazette that retailers need to give staff a reason to come to work aside from earning a pay check, especially as the younger generation is increasingly favouring jobs which offer further perks rather than just a reasonable salary.

“Our future leaders want to work for companies that have a purpose beyond just making money,” she says.

“They want to work for businesses that have values and who want to add value – those that want to make a difference.”

Kate Turner, founder and director of development consultancy Motivational Leadership, agrees with Bailey and says it is “essential” to provide opportunities for employee development.

“By providing a climate in which people are encouraged to keep growing, they will continue to be curious, adapt better to change, innovate and create,” she tells Retail Gazette.

Rohloff concludes that ultimately, the board is responsible for driving a business forward while keeping it under control with the necessary checks and balances.

“It needs to find the right balance between the various competing challenges and acting responsibly towards its many stakeholders,” he says.

“Diverse perspectives, including those of the younger generation, are needed in the boardroom to not only drive revenue but provide futureproofing; ensuring brands remain vital.”