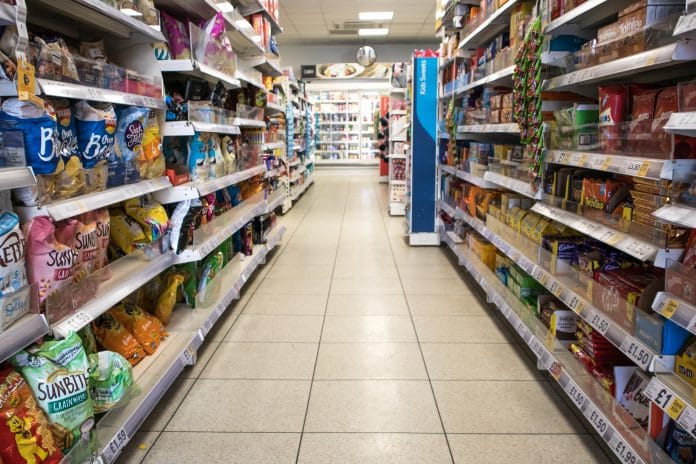 // The government is consulting on whether promotions for high fat, sugar & salt products should be limited or banned

A health charity has urged supermarkets to remove junk food from shelves at eye level to reduce obesity levels.

The Royal Society for Public Health (RSPH) said in a report that store layouts were designed to lure shoppers into making unnecessary and unhealthy food and drink purchases.

“Layout, promotions and sensory cues all influence consumers to maximise profit, with little regard for the nutritional value of products promoted to consumers.”

The charity found that over a third of shoppers had bought unhealthy food on impulse because they saw it on offer, while three quarters of parents reported to have been urged by their children to purchase junk food.

“The combination of ‘pester power’ and the availability of unhealthy products in supermarkets is a clear contributor to the high levels of childhood obesity,” the report said.

RSPH said supermarkets’ tactics to encourage junk food purchases include putting fruit and veg at the front of the store so shoppers felt less guilty when purchasing unhealthy food and drink later on.

As of 2019, 29 per cent of adults in the UK are classified as obese, while 20 per cent of year 6 children are obese, according to NHS’ statistics on obesity, physical activity and diet.

Over 10,000 hospital admissions to have taken place so far this year are directly linked to obesity.

The government is currently in talks on whether promotions for products high in fat, sugar and salt should be limited or banned.

“Supermarkets have the power and influence as well as a responsibility in tackling their contribution to this ‘obesogenic’ environment,” RSPH chief executive Shirley Cramer said.

Meanwhile, the BRC said they had “led the way” on encouraging healthy food & drink purchases by promoting fruit and vegetables.

“It’s worth noting any measures need to apply to all food and drink businesses to ensure the largest number of people possible can benefit.”