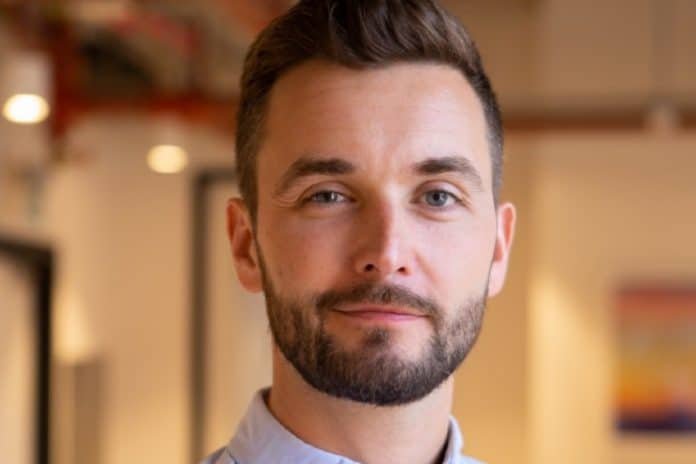 Tell me about Catapult.

Despite this high turnover, people are staying in retail so we know they like working in the sector. We’ve found that people tend to quit because the traditional format for retail jobs no longer suits everyone the way it used to.

That’s where Catapult comes into it. We think working in retail is great but it lacks the flexibility so many other industries give their staff. We’re trying to correct that by building a modern way for people to work in retail. One where people can gain control over when, where and how much they work.

Companies post shifts to the platform, which instantly notifies the people whose skills and experience match their requirements. Catapult staff can browse shifts and choose the ones they want to work.

What are Catapult’s clear differentiators compared to other products in the same market?

Catapult does what a lot of those traditional agencies fail to do, which is accurately pair retailers with strong front of house candidates. Typically, major retailers like the ones we work with, keep staffing in-house, they don’t use agencies – especially not for customer-facing roles. So a big differentiator is that we can offer flexible work with well-known high street brands.

Another thing that sets Catapult apart is consistency. Our rating system collects feedback from both sides so that store managers can build a pool of regulars they know and like and Catapult staff get a better chance at working the shifts they enjoy. What generally happens is people return to the jobs they like again and again, which is really different from the very transient world of agency work.

Both of these things are enabled by our proprietary tech. Our machine learning technology means that the more people engage with the platform or app, the more tailored the shifts and candidates will be. It’s how we can ensure great experiences on both sides.

Why should retailers invest in Catapult?

One of the key benefits to retailers investing in Catapult is that, by having this flexible layer of staff available to them, they can better plan for seasonal and daily peaks.

Having the perfect balance of staff on at the times when they’re actually needed means they can capture those additional sales, and save the time and money that would otherwise be spent on recruiting.

I heard you worked with Clarks to roll out your technology with them.

We did! Our flexible workforce now provides Clarks with nationwide coverage.

For Clarks, it was important that they were maximising the peaks they were experiencing – like back-to-school and Christmas – without sacrificing the brand experience.

We worked with their team to create an in-app brand training module that our candidates complete before working for Clarks. It meant that they received experienced front of house staff who also had that bit of extra knowledge they needed to really perform at Clarks shifts.

After piloting the platform at several London stores, Clarks now uses Catapult in more than 100 towns and cities nationwide.

There are plenty. One I always loved was about a Clarks team member who’d worked in one of their stores for years – decades even! She was ready to retire from full-time retail but wanted to pick up the odd part-time shift while she spent more time with her grandkids.

After a little while, she found that her new schedule was too unpredictable for part-time work, so she signed up to Catapult. I think it’s great that she now gets to work the job she loves, on the hours she wants all via the Catapult app.

How does Catapult help address the challenges that hiring managers face in retail?

Attracting and recruiting quality candidates is time-consuming and expensive and the majority of the responsibility for onboarding new candidates usually falls on the store managers’ shoulders. Between interviewing, vetting, training and then engaging new staff, they’re left with little time to look after the day-to-day – and then there’s the cost of their time.

Having Catapult helps free up a lot of manager time. An added bonus of this that we’ve found, is that having Catapult staff allows them to better engage with their core team members. That level of care can really improve staff retention.

What’s your role at Catapult?

I’m a co-founder at Catapult and I focus on our large retail clients.

What role did you have with the Clarks rollout?

I co-ordinated the partnership with a lot of support from our accounts and operations teams. Together, we got the brand training up and running, and arranged for Catapult staff who worked multiple Clarks shifts to be eligible for a pair of work shoes.

What got you into retail?

I always worked in retail while I studied. After university, I went on to invest in British retail chains like Hamleys, House of Fraser, and Iceland.

Before Catapult, I set up a co-working space, partnering with the likes of Tesco to help innovate British retailers. I saw firsthand the challenges that these companies were facing, and decided I could build something that really helps.

What role do you think Catapult has in the future of retail?

We want to be able to create a happier, more engaged, more productive retail workforce, one for people who want and benefit from this new style of “multi-employment”.

Conversely, we want to give retailers access to a shared workforce at a fraction of the cost they currently spend on recruitment. We see our technology as being a core pillar of achieving this.