The Co-op has signed a deal to become the exclusive grocery franchise partner for the National Union of Students (NUS).

The deal means the Manchester-based business will cater to seven million students over the next five years, as more Co-op franchise stores open on NUS member campuses.

The expansion programme will create a surge of new Co-op branded stores under its new franchise offering, as part of its plans to open 100 new stores in 2019.

Individual NUS members will independently run and manage the new stores and will have access to a tailored range of 2500 Co-op own brand products, with ranges of fair trade, free-from and vegan options.

“We are delighted to partner with a like-minded organisation, like NUS, and to support the health, wellbeing and employment of students,” Co-op head of new channels Martin Rogers said.

“Young people are hugely important for us and we look forward to working closely with NUS members and serving campus communities up and down the UK.”

The Co-op hopes the partnership will help grow its brand and get its products out to the next generation of customers.

Seven franchise stores are already open, with four based on university campuses including Leeds and Newcastle.

“The agreement today follows other innovative, practical solutions, we’ve created with partners such as travel, insurance, discount cards, and online engagement platforms, all developed in response to student needs.”

Students with Co-op Membership cards will also be able to get five per cent back on purchases of Co-op products and services while TOTUM cardholders will have an additional 10 per cent off. 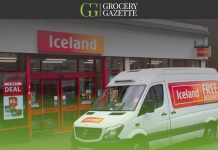 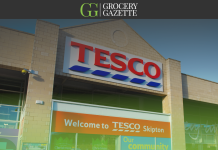