// However, this month’s index is still much lower than the -9 recorded in the same month last year

// All 5 measures used to determine the overall index increased this month, despite Brexit looming

UK consumer confidence increased in September in the “wait and see run-up” to the October 31 Brexit deadline, according to a long-running monthly survey.

The GfK Consumer Confidence Index increased by two points to -12 this month, with all five of the measures used to determine the overall index increasing as well.

However, this month’s index is still below the -9 score that was recorded in September last year, when the original deadline for Brexit was set for the following March.

In addition, while this month’s index is an improvement on the -14 recorded in August, it’s still marginally lower than the -11 recorded in July. 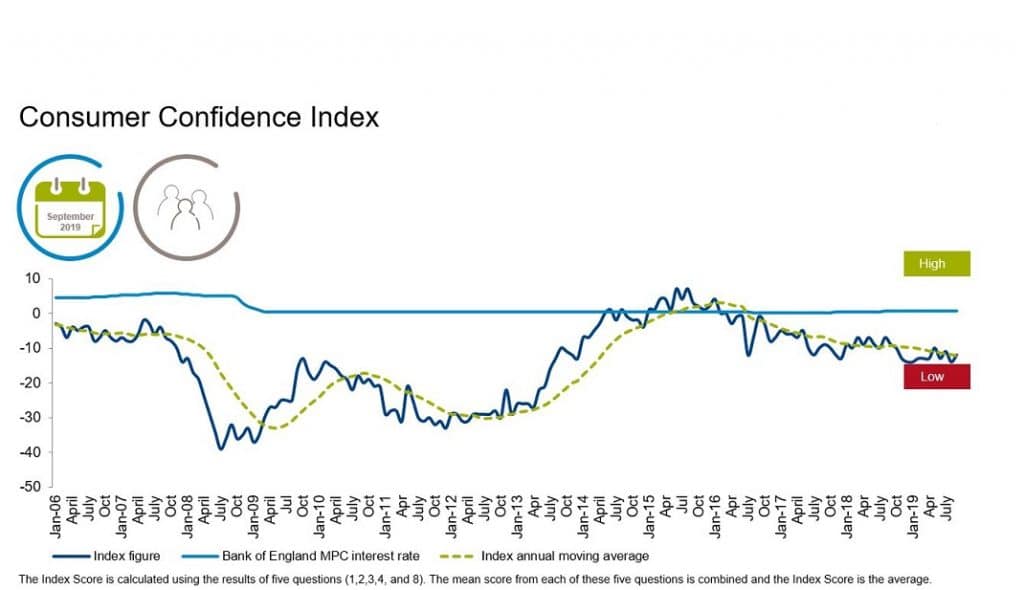 While expectations for the general economic situation over the next 12 months improved, when compared to August, three points to -35 – it’s still eight points lower than September last year.

The forecast for personal finances over the coming year also increased month-on-month, by two points to 4 – just one point lower than this time last year, and lower than the score of 7 recorded just two months ago.

Meanwhile the major purchase index, an indication of confidence in buying big ticket items, increased two points compared to August to a score of 3.

This compares to the major purchase index of 6 in September last year. 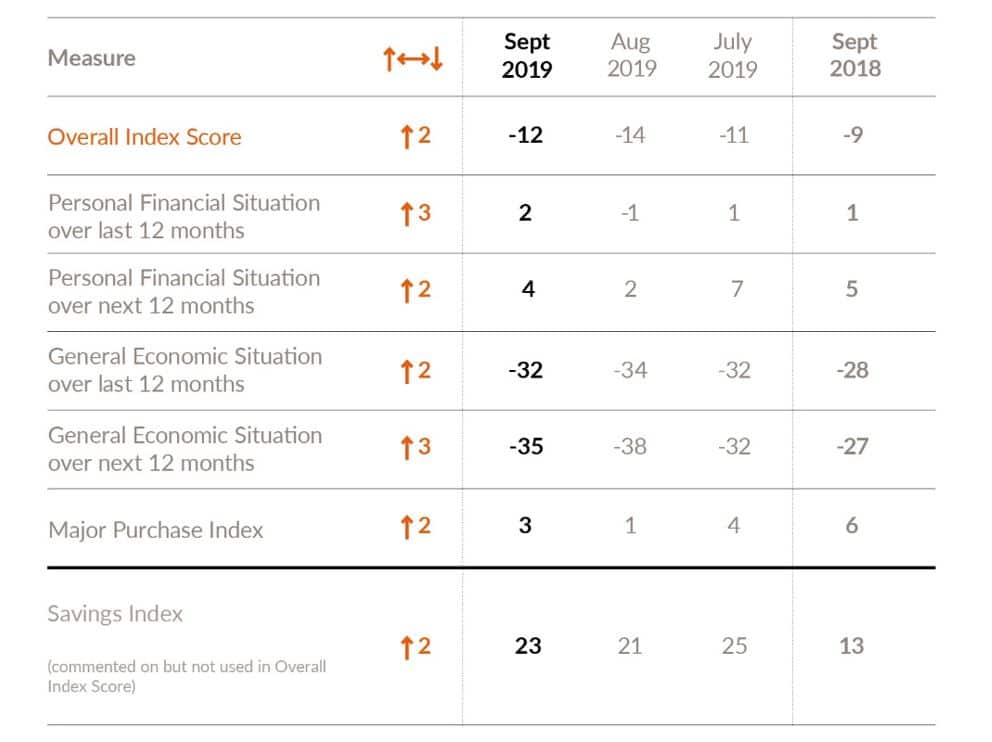 GfK client strategy director Joe Staton this month’s figures indicated “more mixed signals” as consumers continue to feel less than positive about the state of their personal finances and the general economy.

“While all sub measures are higher, they are anaemic in the case of our purchase intentions and how we view our wallets – and the results on the wider economy are still depressed,” he said.

“Since the Brexit referendum we have witnessed a long succession of negative overall index scores with the overall trend downwards.

“This month, British consumers appear to be treading water during this wait-and-see run-up to October 31st.

“Confidence is an important indicator which typically increases as the economy expands and decreases when the economy contracts and so far, consumer confidence is holding up.

“We certainly have a long way to go to match the record low Index score of -39 witnessed during the early days of the last recession.

“But will it stay that way? You can almost sense people are keeping their fingers crossed.”