Nike’s longtime chief executive Mark Parker is stepping down early next year, as the sportswear giant pivots towards digital and direct-to-consumer strategies.

Parker will be replaced by board member John Donahoe, who is also a former PayPal executive and a former chief executive of eBay.

2. Ebay will donate $1 whenever a retailer overuses a Christmas buzzword

Ebay has pledged to donate a dollar every time a retailer overuses #HolidayJargon as it seeks to fight premature and “over the top” Christmas promotions.

Any time you see a brand using a holiday-related word on Twitter, reply with #holidayjargon. @eBay4CharityUS will make a $1 donation for each tag, helping raise up to $50K for @SCOREMentors. https://t.co/Gv8qB4MHO3 pic.twitter.com/ZNiwMKf7ez

Store-based profit margins have more than halved over the past 8 years, according to new research.

4. A RoyalMail strike on Black Friday would leave millions of items undelivered

A Royal Mail strike on Black Friday would cause millions of packages to be undelivered representing a “major threat to UK retail”.

Strike action is due to take place on unspecified dates across the Christmas period, after the Communications Workers Union voted by an overwhelming majority to take action, threatening the first national postal strike in a decade.

According to BearingPoint’s partner Stuart Higgins, this is likely to have a “huge impact on the British Public”.

Costcutter has struck a deal with delivery service Uber Eats in a bid to ease the shopping service for its customers.

The partnership means over 1700 Costcutter stores will be able to sell everyday items via the Uber Eats app, The Telegraph reported. 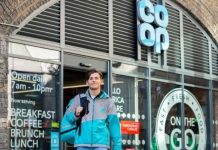 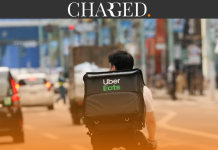