// Landsec has announced plans to appoint a new CEO, a week after it plunged to a half-year loss

Landsec has announced plans to appoint a new chief executive, just one week after its half-year report revealed a loss due to challenges in the retail sector.

Landsec, whose portfolio includes Trinity Leeds in West Yorkshire and Westgate Oxford, said current chief executive Robert Noel will continue in his role for “the time being” and a further announcement will confirm his exit date.

Allen will take over the position and become an executive director “no later than June 1” next year, but his start date is still to be confirmed.

He has led regeneration specialist St Modwen Properties since November 2016.

Before that, he was chief executive of student accommodation firm Unite Group for 10 years.

“I am delighted to announce that Mark is to join Landsec as our next CEO. Mark has been a highly successful CEO of two companies in the property sector,” Landsec chairman Cressida Hogg said.

“He has demonstrated strong management skills and the strategic insights that we believe will build on the strengths of our business today and be invaluable for the next phase of Landsec’s evolution.

“I would also like to restate the board’s appreciation to Rob for his successful leadership of Landsec as CEO and his continued commitment to the business.”

The appointment comes at a testing period for retail property owners such as Landsec, with the firm reporting a £368 million hit to the value of its properties due to woes in the retail sector in its half-year figures last week.

Landsec blamed the spate of high-profile retail failures and rescue deals for a 2.8 per cent fall in the value of its properties, to £13.4 billion in the six months to September 30.

The company, formerly known as Land Securities, also warned that conditions in the sector remain tough, and said the snap General Election and Brexit delay to January 31 will add to the pressure.

“Landsec is an iconic property company with a fantastic heritage and I am delighted to have the opportunity to lead it,” Allen said.

“The world of real estate is undergoing significant change and I am confident, with the skills and experience already in place, that great opportunities lie ahead.

“I am looking forward to working with everyone at Landsec, the board and its partners and customers.” 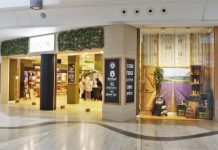 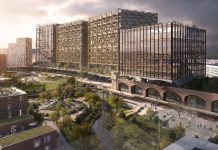 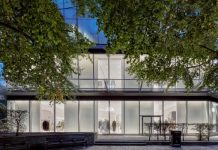