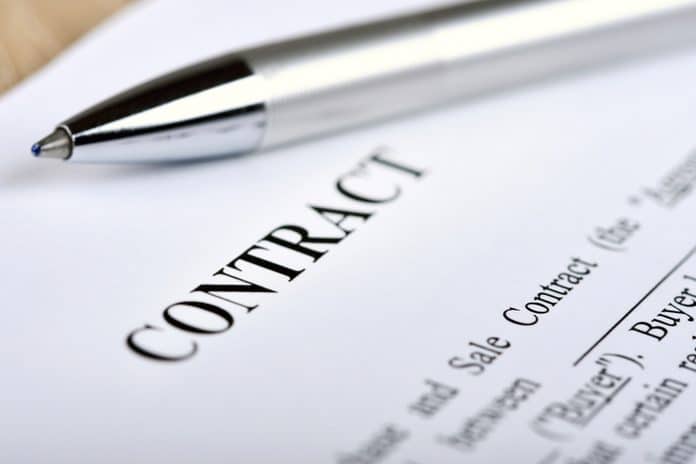 Signing contracts are a norm for staff who work in retail. So are updates to contracts – staff wouldn’t feel compelled to complain about a pay rise or more flexible working arrangements. But what is likely to happen if proposals appear less favourable?

Recently, Asda grabbed headlines for a bitter dispute with a workers’ union after it introduced a new contract for shop floor staff that resulted in changes to benefits and work hours. The Big 4 grocer was not alone. Wilko also recently felt pressure from the union when it introduced a contract change.

“This can be through a trade union or individually agreed upon,” she said.

“When changes to a contract are made, the employer must explain any changes which have occurred clearly to their employees.”

Wilko’s contract change meant staff from its distribution centres in Wales and Nottinghamshire would see their rotas shift to seven days – a proposal that did not go down well with many employees.

This led to the threat of strike on October 21 & 22, with trade union GMB telling The Mirror that a total of 84 per cent of votes – from staff who were union members – were cast in favour of the action. Despite this, Wilko reportedly told colleagues that “there will be repercussions” for those who strike on seven day rotas.

However, just days before they were due to take place, the threat of strikes were averted after 63 per cent of Wilko’s union members voted to accept an improved weekend rota pattern offered by the retailer’s bosses.

Usually, if an agreement on an updated contract cannot be reached, an employee faces the possible risk of losing their job. According to employment law firm Ellis Whittam, this is what Asda was proposing to do if workers did not accept its new Contract 6, which entails pay rise and annual bonus alongside a cut in holiday allowances and paid breaks being scrapped.

As a result, Asda has been embroiled in a dispute with the GMB since September. To help mitigate the PR backlash, the Big 4 grocer extended the deadline for its staff to sign its new contract.

While Asda has since insisted that only around 200 employees out of its 120,000-strong workforce has not yet signed the contract – and that the agreements came about as a result of consultation with staff – the GMB has consistently remained cynical and provided much bigger estimates of how many staff would be affected by the changes under Contract 6.

Nonetheless, the new contract still brings with it the risk of unfair dismissal claims – even if the employee continues to work under the new terms, as they have technically been dismissed from their old contract.

“An Employment Tribunal will treat cases like these in the same way as any other unfair dismissal case,” Ellis Whittam says on its website.

“In order to defend unfair dismissal claims, employers must be able to show that they had a fair reason to dismiss and followed a fair procedure (which is where consulting with the employee will come into play).”

Harrison said that since Asda gave limited notice to staff on this change to their contract, the Employment Tribunal could rule that adequate consultation was not provided to employees.

“Employees at Asda can, therefore, claim for unfair dismissal provided they are dismissed and have a minimum of two years of service with the employer,” she told Retail Gazette.

Rebecca Day, consultant at Day HR Consultants, said retailers should consider the business benefits of changing their terms and conditions on a net/net basis.

“They should consider whether the benefits really do outweigh the time, money and resources they will need to invest in achieving the change,” she said.

“They should also consider that there may well be a potential decrease in employee engagement and an increase in absence and potential disciplinaries/grievances during the consultation period and factor in the increased time, effort and resources that may be needed to manage these effectively.

“Then there’s the potential negative publicity that they might receive.”

Day added that if retailers need to dismiss employees for not accepting the changes, they should consider how easy would it be to recruit new employees, especially as the company’s reputation could be affected.

Undoubtedly, negative publicity is inevitable when employees clash with a retailer’s updated terms and conditions – especially with the influence of social media.

This may be true in Asda’s case, when last week shoppers took to Twitter with the hashtag #boycottasda to express their concerns over the dismissal of a staff member who’d worked for the grocer for over a decade.

On Sunday, GMB warned that the row over Asda’s new contracts could persuade shoppers to go elsewhere. The union said a survey of 1000 people it commissioned showed that almost two out of five said they would be less likely to shop at Asda after hearing the terms of the new contract.

Asda highlighted that the survey also found that almost half of respondents felt the contract change would have no impact on their shopping plans and 17 per cent stated they would be more likely to shop with the supermarket.

Despite this, Harrison argued that changing contracts was “not always negative” since employers can adapt conditions to improve perks for staff members or increase salaries.

Although changes to contracts may reflect the growing pressure on UK retailers to improve their productivity and financial performance, keeping workforces motivated may be critical.

The dispute at Asda is similar to one at Sainsbury’s, which implemented contract changes for its 120,000 hourly-paid workers last year.

The grocer, which unsuccessfully attempted to merge with Asda this year, now pays frontline staff £9.20 an hour, but has removed paid meal breaks and bonuses.

Like Asda, Sainsbury’s said the changes would work in favour of the majority of its staff and that they will cost rather than save money. Both grocers have offered top-up payments to longer-serving staff on older contracts.

Naeem Arif, managing director at NA Consulting, said it was not unreasonable for businesses to evolve all aspects of their business.

“If you consider the pressure that retail is under, to cut overheads and meet the demands of a changing customer base, it does not seem unreasonable,” he told Retail Gazette.

“If we all want to save our high streets and town centres, then we all need to contribute our bit and according to reports a good proportion of Asda employees have accepted the grocer’s new contract which also offers an increased hourly rate.”

It’s arguable that the UK retail industry may see a growing number of retailers implementing contract changes to benefit their businesses, but these retailers may need to outweigh their gains and losses in the process.