Argos has warned that customers could face more than a fortnight of disruption over Christmas after staff at one of its distribution centres voted to strike for 16 days over a pay dispute.

The 16-day strike will begin on December 16 after the union said a pay claim from March was “continually disregarded”.

“Our members do not want to cause disruption for Argos customers over the Christmas period, but they have been left with no choice but to strike,” Unite regional officer Rick Coyle said.

“The treatment of these Barton workers has been disgraceful. The reputations of UPS and Argos are at risk during the peak Christmas period because of this refusal to meaningfully engage with the pay claim.

“It is now up to UPS to ensure this dispute does not extend right across the busiest time of the year for Argos by tabling a sensible offer that our members can actually vote on.”

An Argos spokesman told Retail Gazette: “We have plans in place to maintain continuity of supply.” 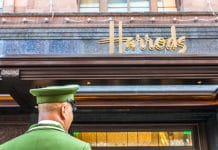