// All staff are being given a stake in the new company

Online furniture retailer Swoon has reportedly been rescued from administration in a deal that will see its co-founders take control of the business.

According to The Telegraph, Swoon has been acquired by co-founders Brian Harrison and Debbie Williamson via a pre-pack administration deal after administrators at KPMG failed to find a new buyer.

Harrison and Williamson reportedly remortgaged their homes as well as dip into their savings in order to take control of the upmarket furniture brand.

Previous shareholders have lost all their equity while all staff are set to be given a stake in Swoon’s new business operation.

In addition, lenders Silicon Valley Bank and Columbia Lake Partners agreed to swap their debt for equity in the new business.

Swoon’s co-owners say 80 per cent of current jobs have been saved, although The Telegraph notes that over the past year, its workforce has dropped from 72 to 25.

Harrison and Williamson also said that all customer orders will be fulfilled.

Swoon recorded a loss of £8.7 million last year and this year it’s expected to record a loss of £2.5 million.

However, it expects to make profit this year after slashing overheads. 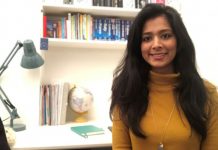 Eve Sleep breaks even for the first time as turnaround bears...