// Despite the sale talks, Aspinal of London recorded a strong Christmas sales growth

Aspinal of London has drafted in KPMG advisers to review funding options amid talks about a sale of the company.

The leather goods retailer has hired advisers to to work on “a financing plan B” and is reportedly in talks with prospective buyers, Sky News reported.

However, KPMG has been enlisted to look into other funding sources if a takeover does not emerge at the requested value.

Set up in 2001 by Iain Burton, Aspinal of London originally created handcrafted stationery for the Natural History Museum, eventually going on to sell high-quality leather goods such as handbags, wallets and other related accessories.

Aspinal of London’s lenders are reportedly supportive of the move to assess other sources of funding.

The sale talks are being overseen by bankers at Houlihan Lokey, and an outcome is expected to be announced within the next month.

Despite the sale talks, Aspinal of London recorded a strong Christmas sales growth.

Same-store sales in December climbed 12 per cent, thanks to a 29 per cent surge at its Royal Exchange branch, and double digit rises at a number of its other London stores.

Aspinal of London said it wants to expand by opening up to 10 more shops in the Middle East over the next three years. 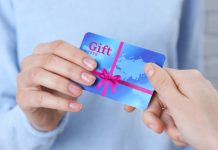