For someone at the helm of a business partnership comprising 600 British and international retailers, restaurateurs, hoteliers and property owners in central London – which turns over almost £10 billion each year – Jace Tyrrell appears calm and collected.

New West End Company’s members are all based in the based in the beating heart of the West End, anchored by Bond Street, Oxford Street and Regent Street. When Retail Gazette caught up with Tyrrell in the weeks leading up to Christmas, he said the retailers in the area had raked in £9.4 billion so far, up on the £9.2 billion recorded for the full 2018 year.

Although a marginal increase, Tyrrell said it was still a notable improvement given the volatile retail climate in the UK, with dwindling consumer confidence, economic uncertainty and soaring business rates all playing a role in the spike in CVAs and administrations lodged in recent years.

“Given what’s happening in retail around the world and in the UK at the moment, we’ve got pretty solid figures,” he told Retail Gazette.

Since joining New West End Company in 2003, Tyrrell said one thing that’s stood out to him in all these years, was “the fundamental sector change in retail”.

As chief executive, Tyrrell has had to ask himself questions like “how do you mix the online within store?”, and “how do you make that profitable?”.

In mid-November, the New West End Company released its Oxford Street 2022 report, describing it as a “1000 day countdown” to the biggest changes the area will have seen in 50 years.

The changes to Oxford Street – arguably the busiest high street in the UK and one of the most famous in the world – will take place between now and 2023 in a retail transformation that Tyrrell said would “catalyse the birth of a new West End”.

“It’s going to be exponential growth in the next two or three years because of all these changes coming through,” he added.

The “changes” Tyrrell refers to includes introducing electric taxis to the area, becoming one of the UK’s first zero emissions zones, introducing more concept stores, and adding a hectare of new public space.

“The customer is going to have the most incredible experience coming here in the next two or three years with all the changes that are about to happen, which is a really positive outlook going into 2020,” he explained.

“If you look at Bond Street, we spent £10m with the city council to really improve it”

However, delays for Crossrail and a “stop-start” campaign to pedestrianise Oxford Street has impacted the area.

Initially due to open in December 2018, the Crossrail is now delayed until 2021, which Tyrrell said has been “challenging” for West End thanks to “a false start”.

“We’ve had a few setbacks in terms of the Crossrail being delayed for a couple of years, and that was a huge catalyst for a lot of investment by the retailers,” he said.

“The Crossrail is one of the biggest infrastructure projects happening in 15 years in the West End.

“The delay was a huge disappointment because a lot of our retailers had invested into their stores.”

Tyrrell added that the area around Oxford Street is expected to see 60 million annual visitors by 2022 as a result of Crossrail, which would boost spend by £13.2 billion, a 40 per cent increase in turnover from 2019.

“Its significant economic injection is palatable for us,” he explained.

Rather than pedestrianising the street, the council’s cabinet confirmed in February that changes and improvements are to be made to the district as early as autumn, as part of its Place Strategy.

The council’s proposals includes reducing congestion and pollution by re-routing buses around the Oxford Circus district either side of Regent Street, closing some surrounding streets to cars and buses during the busiest times of day, and reducing speed limit from 30m/ph to 20m/ph.

The council set aside £150 million of funds from its capital budget to begin the improvements in the district.

“Our starting point on this long debate around pedestrianising Oxford Street has always been that it should be pedestrians first,” Tyrrell argued.

“There’s no getting away from the fact that we have nine million tourists here each year. Oxford Circus is congested and we worry about safety.

“If you look at Bond Street, we spent £10 million with the city council in the last couple of years to really improve the street, we’ve created 50 per cent more pedestrian space.

“There’s a beautiful new town square that we’ve created outside Ralph Lauren, we’ve doubled the pavement size and we’ve got different times of the day when different vehicles are able to use the street.”

Last year also saw the West End become a hotspot for climate change protests led by Extinction Rebellion. In April it was reported that retailers in the area lost £10 million in trade as a result of protestors setting up camp at Oxford Circus and Marble Arch, blocking road traffic for several days.

“What Extinction Rebellion are saying is vital. It’s a climate emergency. We absolutely hear them”

Tyrrell told Retail Gazette that any disruption to the West End, whether it’s Extinction Rebellion, or other protests, “causes a lot of activity to be happening”.

“It is quite tough for the retailers because we need to trade and we have staff that work in the area, we have customers, so whatever the protest is, it’s a commercial centre that needs to be out and trade,” he said.

“What Extinction Rebellion are saying is vital, they’ve raised some very valid points. It’s a climate emergency. We absolutely hear them. We need to be better.

“We have 600 businesses that are doing some really good work, the retailers, the property owners, the hoteliers.

“We want to bring forward our own sustainable district charter [in 2020], we want to move with some of these improvements quite rapidly, which includes transport as well.

“Our sustainable district charter was going to happen regardless of the protests in our next business plan so what Extinction Rebellion did there was just make us more aware that actually we need to be faster in setting out this plan.

“About 40 per cent of London taxis are now converted to electric so we think in the next five years it is achievable to make all the traffic that comes through Oxford Street, Regent Street and Bond Street zero emissions.

“We need to be ambitious. We know that customers want to come to streets with areas of better air equality. We know employees want to work in areas where the air quality is much better.

“So it’s a really important piece of the jigsaw puzzle to transform the district in the next few years.”

Throughout 2019, the West End witnessed the launch of several concept stores from retailers such as Boots, Microsoft, Adidas and The Body Shop.

Tyrrell said concept stores were important to the area because they help maintain customer loyalty. He also expressed hope that more high streets and town centres in the UK adopted concept stores, hinting that it could become a core part in the future of retail.

“There’s been so much change over the last couple of years,” Tyrrell summarised.

“What you’re seeing in the West End, the Adidas store and the Microsoft opening, it puts us at the cold face of the changes that are happening and we believe other high streets in towns will replicate it in the next decade.

“In regards to landlords, how do you value that in terms of the rents? It’s so complicated, but the industry is moving so fast.

“What’s really important is that you maintain customer loyalty, whatever channel they decide to purchase on. They remain loyal to your brand, your products, and services. That’s the key.” 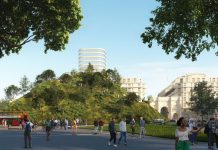 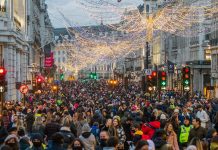