// Four measures used to determine the overall index increased, while one measure decreased

// However, the January index means it has remained in negative territory for the past four years

GfK’s Consumer Confidence Index rose two points to -9 in January, but it means the data has remained in negative territory for the past four years.

The two-point rise was also slower than the three-point rise between November and December, GfK added.

“The first month of 2020 has given us a mini Boris bounce, with a two-point increase,” GfK client strategy director Joe Staton said.

“While January marks four years of the index failing to penetrate positive territory, we now have two consecutive months of improvement.

“This is good news. The latest measures concerning our personal financial situation for the last and next 12 months are encouragingly healthy and positive, as is the improvement in our view of the wider economic picture for the UK.” 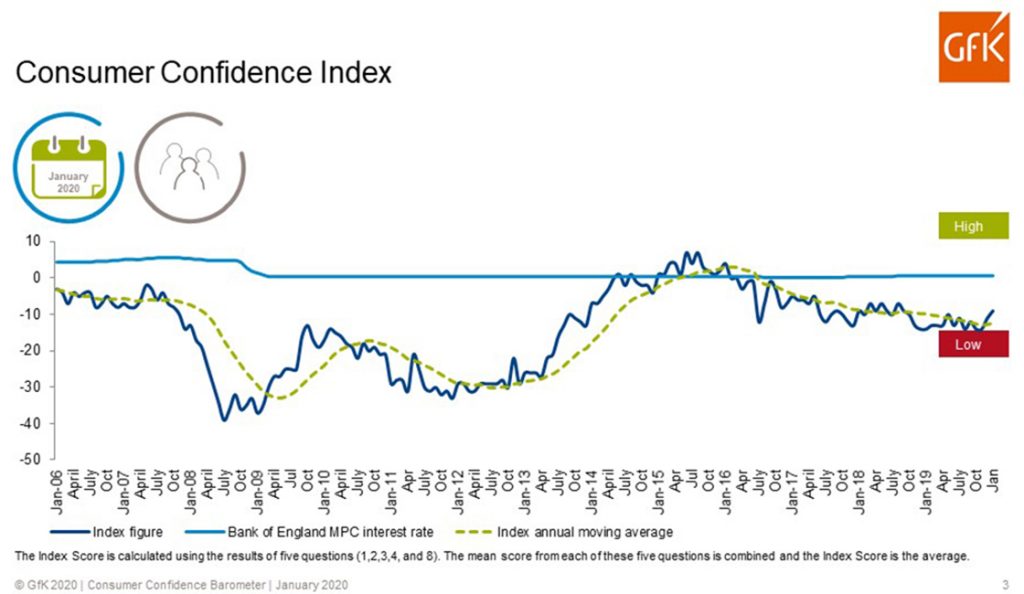 Four of the measures GfK used to determine the overall index increased, while one measure decreased.

The measure for the personal financial situation over the last 12 months was at 1 – compared with -3 in December.

Looking ahead for the next year, the index recorded a positive 6 points, up three points on last month.

Staton also pointed out this was due to the rise in jobs and tentatively improving housing market, alongside low inflation and interest rates.

However, shoppers are still holding off making big ticket purchases, such as washing machines, fridges and sofas, waiting for further certainty.

He added the overall index is expected to return to positive territory later this year, with expectations for the general economic situation over the next 12 months moving from -27 to minus -24. 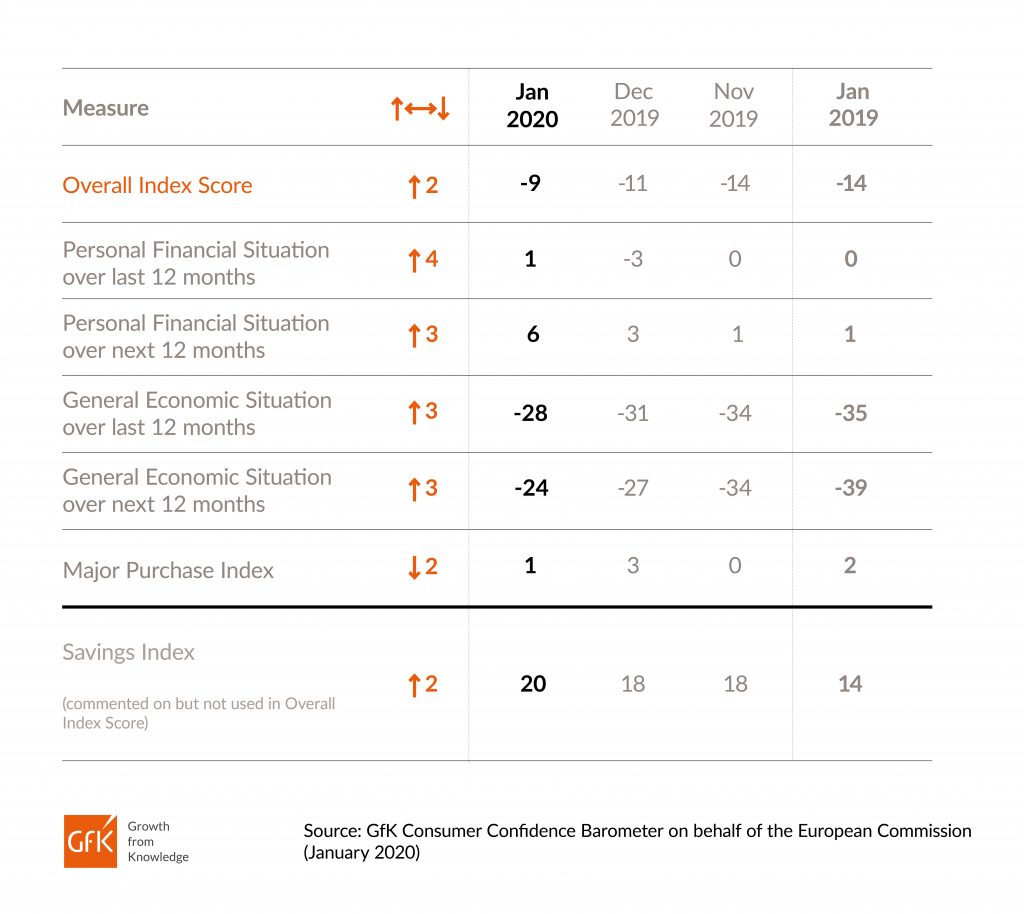