// Consumer confidence in February rose two points to -7, according to GfK

// It’s also better than February last year, when the consumer confidence index was -13

UK consumer confidence has increased for the third month in a row, although sentiment overall remains negative, according to an index.

GfK’s long running consumer confidence index, which regularly asks people how they feel about their own finances and the wider economy, increased by two points in February.

While the overall confidence score was still in negative territory, at -7, this was still an improvement from -9 in January and -11 in December.

A year ago, the reading was more downbeat, with an overall score of -13 recorded in February 2019.

“Against a February backdrop of rising wages and house prices, low unemployment and stable inflation, we report another healthy uptick in consumer confidence this month – the third monthly increase in a row,” GfK client strategy director Joe Staton said.

“The rise in the overall index score is driven by our increasingly positive view on the state of the UK’s general economy for both the past and the next 12 months.” 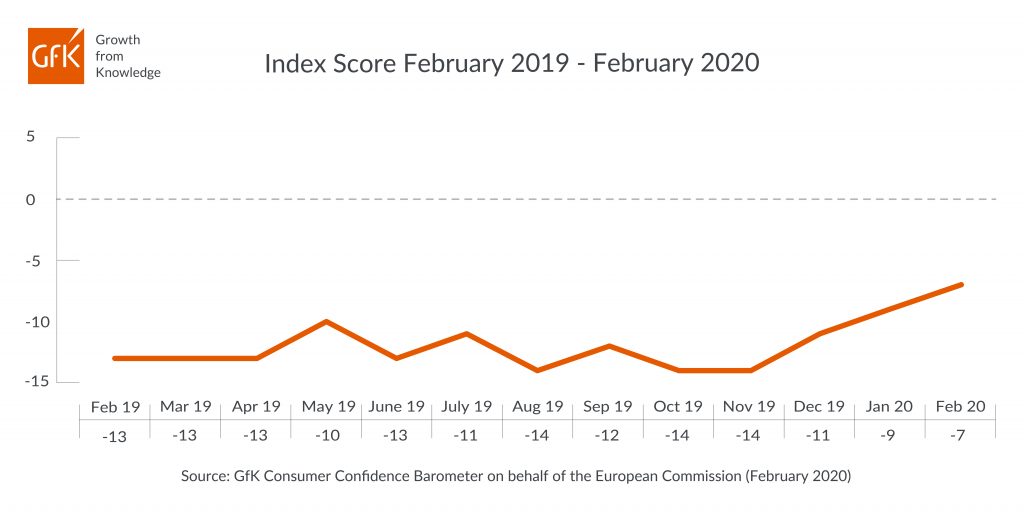 Staton highlighted a five-point jump in the part of the index covering major purchases, with the reading on this measure moving up from 1 in January to 6 in February.

This is one point higher than a year ago, when it stood at 5 in February 2019. 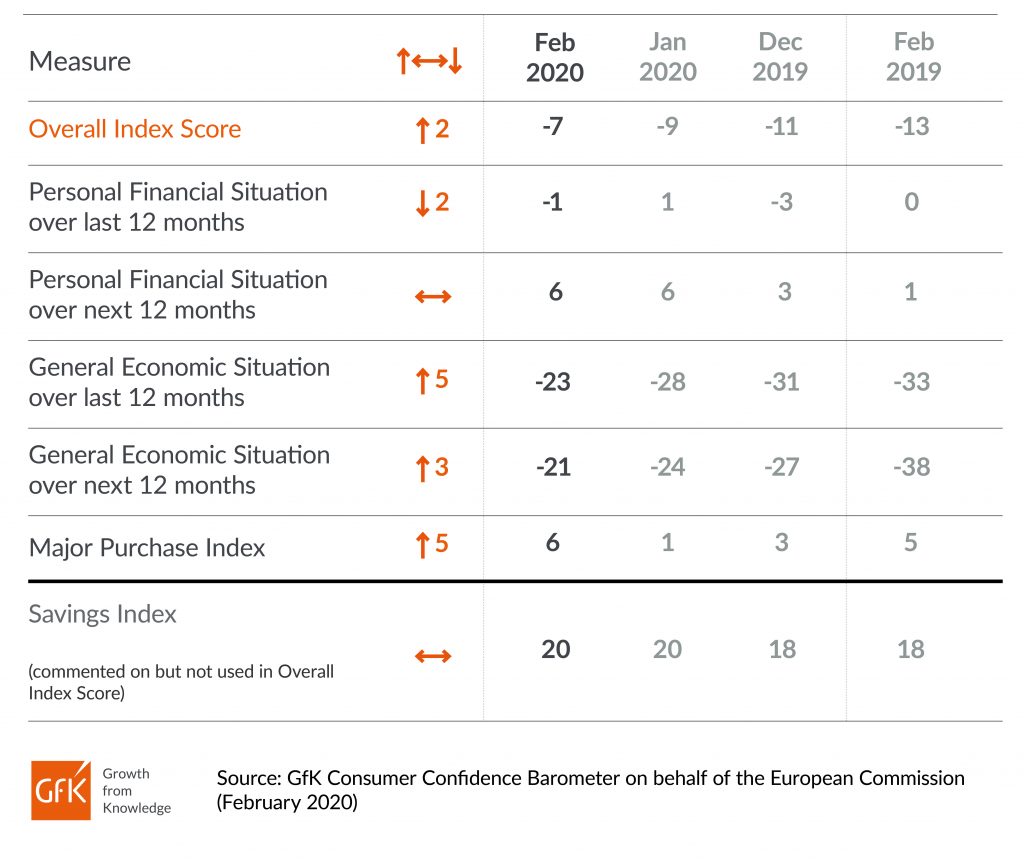 “Although the index remains south of positive, the trajectory remains upwards,” he said.

“The only ‘known unknown’ is the potential impact of coronavirus on behaviour, confidence and spending patterns. This is a developing story, watch this space.”

More than 2000 people were surveyed between February 3 and 14 for the latest index.