// Frasers Group has called on the government to review business rates

Mike Ashley’s Frasers Group has joined the BRC in calling for the government to “significantly modify” the current system.

On Thursday, over 50 high street retailers wrote to chancellor Sajid Javid to call for “a wholesale review of business taxes to create a tax regime fit for the 21st century”.

“With the UK high street on life support, the time for reform has long since passed,” Frasers Group said.

“Transitional relief in particular is disastrous for a great many retailers and needs to be significantly modified to at least ensure the correct amount of rates are paid by the end of transitional relief periods.

“The current system whereby downward transitions of just a few percent a year means that the correct amount is never reached or even close to, punishes those in greatest need of relief.

”Within the Frasers Group itself we have some stores paying up to four times the rates bills they should be. This kind of pattern clearly cannot be right and is no doubt repeated widely across UK retail; it is a significant contributor to the dire straits the high street currently finds itself in.” 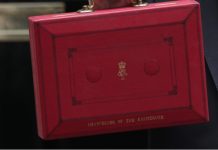