McColl’s has revealed plans to shut 330 stores in the next three to four years as it seeks to focus its activities in the food convenience market.

As part of wider a “strategic change programme” aimed at boosting performance, chief executive Jonathan Miller said McColl’s would look to reduce its estate to an “optimal size” of 1100, following the group’s full-year results earlier this week.

McColl’s posted declining profits and sales in its preliminary results for the full year, attributing it to its store optimisation programme and softer market conditions.

For the full year period ending November 24, McColl’s said total revenue went down 1.8 per cent year-on-year to £1.22 billion, reflecting store closures and divestments as part of a store optimisation programme.

The retailer aims to reduce its chain of newsagents in favour of larger, convenience-focused stores that better meet the needs of consumers’ shifting attitudes.

McColl’s said 2020 will be a “transitional year” as it implements its improvement programme.

A McColl’s spokesperson told Retail Gazette: “Over the medium term, as a result of further divestments and net of future acquisitions, we anticipate an optimised estate of around 1100 larger, more convenience focused stores.” 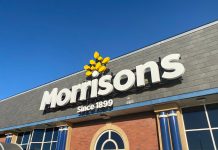