The Competition and Markets Authority (CMA) revealed that Tesco has been unlawfully stopping rivals from opening shops near its stores.

Tesco had prevented competitors opening supermarkets in 23 locations around the country, including five in London.

The CMA said the anti-competitive behaviour had potentially been to the detriment of shoppers.

The retailer was in breach of the Groceries Market Investigation (Controlled Land) Order 2010, which banned clauses that prevent a piece of land from being used for a supermarket.

The order also banned exclusivity agreements lasting over five years that prevent landlords from allowing competing convenience stories in the same block as an existing store.

“It’s unacceptable that Tesco had these unlawful restrictions in place for up to a decade. By making it harder for other supermarkets to open stores next to its branches, shoppers could have lost out.” CMA executive director of mergers and markets Andrea Gomes da Silva said.

Tesco, which is the UK’s biggest supermarket chain, said it did not use restrictive property agreements and blamed “administrative errors”.

“We do not use restrictive property agreements,” it said in a statement.

“However, in a small number of historic cases between 2010 and 2015, administrative errors by former advisors meant that our internal processes were not followed correctly.”

Tesco said it has since worked with the CMA and the 23 breaches were small in the context of more than 5,300 land deals over the past decade.

The CMA is writing to grocers such as Sainsbury’s, Asda, and Morrisons to ensure there are no similar breaches as it would enforce sanctions if there were any irregularities. 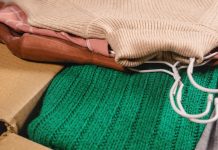 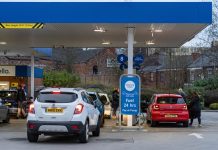 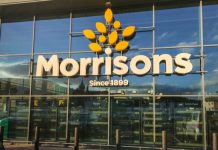