// This compares to -9 in mid-March, right before the coronavirus crisis escalated

Consumer confidence fell of a cliff in the last two weeks of March, tumbling at the fastest rate since records started more than 40 years ago, according to an index.

People were asked about changes to their personal finances, the general economy and whether they feel now is the right time to make major purchases, during interviews between March 16 and 27 – the period during which the coronavirus pandemic escalated into a crisis in the UK.

The results produced an overall negative score in the consumer confidence barometer from GfK of -34, indicating a sharp decline in confidence of 25 points from a score of -9 in mid-March.

The 25-point tumble was the biggest fall in confidence since records started in January 1974. 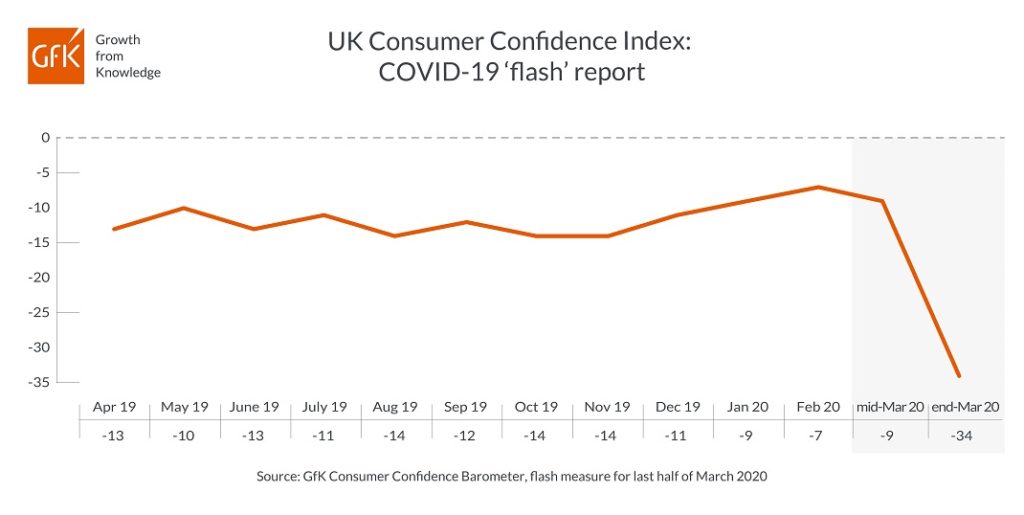 The overall score of -34 is approaching the depths of negativity recorded by the index during the 2008 economic downturn.

Confidence decreased on all measures within the index. 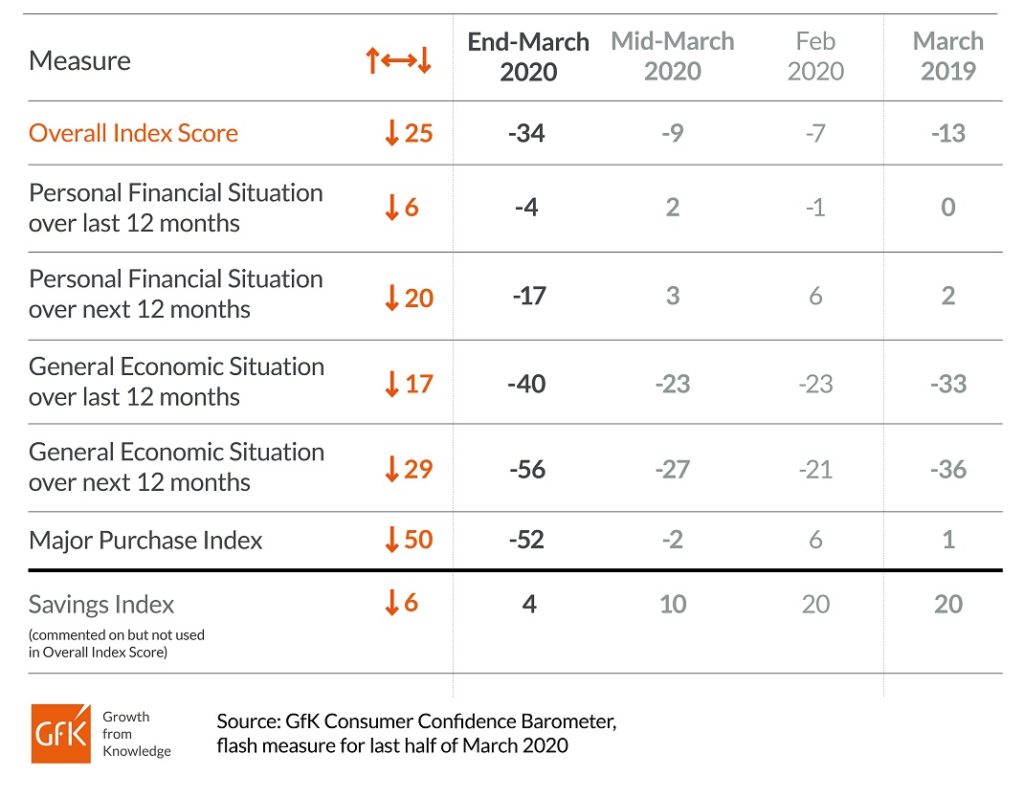 “The last time we saw such a decline was during the 2008 economic downturn.

“Our falling confidence in our personal financial situation and the wider economy reflects the new concern for many across the UK.

“Despite record grocery sales, and recent peaks for purchases of freezers, TVs and home office equipment as people prepared for a long period in the home, the major purchase index is down 50 points, a stark picture for some parts of the retail industry in the short to medium term.”