Arcadia has reportedly said it will accept orders from suppliers that were in transit on March 17 at a 30 per cent discount in a bid to avoid cancelling them entirely.

Last month, the group, which is owned by Sir Philip Green, wrote to suppliers to inform them that it would be cancelling all orders and extending payment terms due to the coronavirus pandemic.

The group said it has a “contractual right” to cancel orders in transit without suppliers’ consent and if it cancels an order in transit, it is “not responsible for any costs,” Drapers reported.

However, it has now told suppliers that it is preparing to bring in orders at a 30 per cent discount.

Arcadia also said it will be reaching out to suppliers over the next week to ensure they want to accept the proposal instead of cancelling the orders entirely.

The group, which owns Topshop, Dorothy Perkins and Miss Selfridge, among others, has also confirmed that any undisputed invoices, which were due before March 17 will be settled by April 19.

Arcadia added that it will ask suppliers to suspend or cancel any delivery or order if it cannot use, or is prevented from using the goods because of any cause beyond its control. 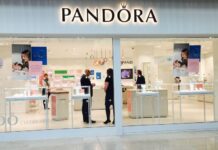