BHS made a dramatic exit from British high streets in mid-2016, after failing to secure a rescue deal during its administration.

The retailer had been struggling with debts of more than £1.3 billion, including a pensions deficit of £571 million – which in turn became corporate scandal that plagued its most recent owner, Dominic Chappell, and its previous owner, retail mogul Sir Philip Green.

After an 92-year stint on the high street, BHS closed for the final time in August 2016 and the loss of 11,000 jobs. At the time of its collapse, it had 163 stores in the UK, plus 74 international stores across 18 separate territories. 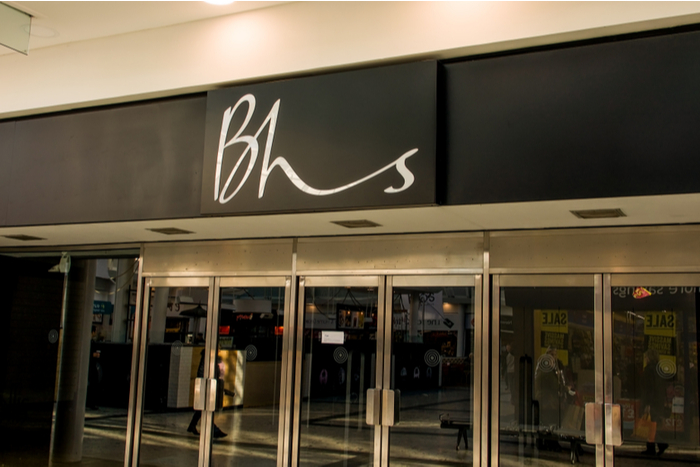 Drapery department store Bourne & Hollingsworth was once located on the corner of Oxford and Berners street in central London.

Founded in 1894, it became renowned for selling the best quality goods and for looking after staff, providing accommodation at Warwickshire House on Gower Street for up to 600 female workers.

Bourne & Hollingsworth ceased trading in 1983, and the building is now home to the flagship store of Next.

The Bourne & Hollingsworth name also survives in the form of a cocktail bar in nearby Fitzrovia. 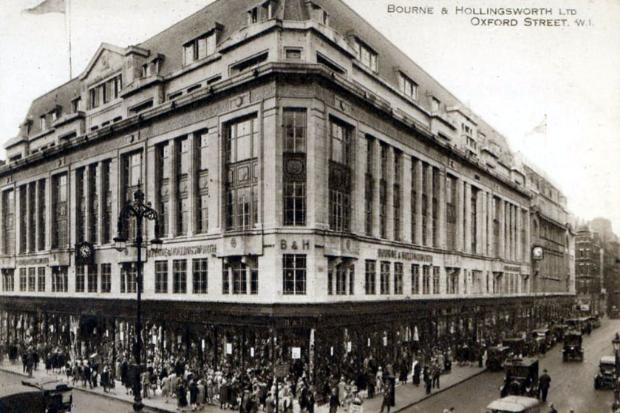 H. Binns, Son & Co, commonly known as Binns, was a chain of department stores based in Sunderland that was founded in 1807.

In the mid-19th century, the then-owner of the department store, Henry Binns, was said to be a member of the anti-slavery movement and sold only cotton grown by free labour.

The business moved sites a few times throughout the 19th century, and in the late 1920s and early 1930s it expanded by acquiring the sites of department stores in nearby towns in the north of England.

House of Fraser eventually took over Binns in 1953 and kept the name. Throughout the 1990s it experienced decline, with many Binns stores closing down – including the Sunderland site in 1993.

A change of hands at House of Fraser in 2006 led to all the remaining Binns stores, save for the Darlington branch, to be renamed as House of Fraser.

Founded in 1841 by German-Dutch brothers Clemens and August Brenninkmeijer, C&A stores were once a major presence in town centres throughout the UK.

While no longer in the UK, C&A continues to operate hundreds of stores throughout much of mainland Europe, especially Germany where it has 467 sites.

Peter Robinson was founded in 1833 as a drapery which soon expanded into a full-flung flagship department store at Oxford Circus in London – which is now the site of Topshop’s global flagship store.

In the 20th century, Peter Robinson grew into a small chain of department stores and in 1946, Burton’s – now Arcadia Group – took over. At its peak, Peter Robinson operated from 39 stores in the UK.

By the end of the 1970s, Peter Robinson had disappeared from high streets, and Topshop continues to occupy its former Oxford Circus flagship site.

Interestingly, during the 1850s John Lewis – the man himself, that is – had a successful career with Peter Robinson – so much so that he was partnership opportunity in 1864, which he declined. He founded the now-famous John Lewis chain that same year.

Founded in 1910, at one point Arding & Hobbs – located right near Clapham Junction station in Battersea – was the largest department stores in south London.

The retailer went into administration and was subsequently broken up and sold by the late 1970s.

Dickins & Jones was a high-quality department store based in London which traded between 1835 and 2007.

It had a large store in London’s Regent Street in 1835 and later expanded to Epsom, Richmond and Milton Keynes.

Over the years, it fell under the ownership of Harrods and then House of Fraser. The latter closed down Dickins & Jones’ Regent Street flagship in 2005, and the building is now home to offices along with an H&M branch and Canada Goose flagship.

Despite its exit from the high street, the Dickins & Jones name lives on as an in-house fashion brand of House of Fraser.

Opened in the 1860s, Pauldens was once an iconic city centre department store in Manchester.

The store was the first in the UK to be fitted with electric lighting, escalators, lifts and plate glass windows.

The original store was on Cavendish Street, where the current Manchester Metropolitan University’s Cambridge Hall of Residence is located.

In 1928 Debenhams took over and re-branded Pauldens.

Lewis’s was a chain of department stores best known for its flagship sites in Manchester and Liverpool, the latter of which is where it was founded in 1856.

The retailer struggled in the lead-up to and after its 1991 administration, and after the closure of its Manchester store in 2002, the flagship Liverpool site the last Lewis’s standing.

Lewis’s in Liverpool eventually shut down in 2010, closing the department store’s 154-year history in UK retail.

The former Lewis’s site in Manchester – which once had ballroom – is now a Primark store. Meanwhile the former Lewis’s in Liverpool, once the most popular shopping destination in the city, is being redeveloped as part of the Central Village development.

Gamages was a department store in Holborn, central London, which traded between 1878 and 1972.

The store was well known for its toy and hardware departments, and for its unusual location away from Oxford Street and on the edge of the City of London district.

In the late 1960s a second Gamages store opened in Romford, Essex, but this had a short lifespan as it closed down in the early 1970s.

The flagship Gamages in Holburn closed down soon after in March 1972, and no trace of the original building remains – although directly opposite its former site is the current headquarters for Sainsbury’s.

Do you remember any of these? What other department stores could be on this list? Tell us in a comment below