Co-op has called for a moratorium on oxo-degradable plastics, despite the health and environment impacts remaining unknown.

The convenience retailer’s call comes after the British Standards Institution (BSI) published a new specification which support the sale in UK markets of plastic materials that use additives to accelerates degradation.

While oxo-degradable plastics will be banned across the EU from next year, very similar plastics are set to be allowed in the UK despite health and environmental implications being as yet unknown.

Co-op has partnered with other retailers, including the likes of Tesco, Waitrose, Aldi, as well as trade and industry bodies to form an open letter highlighting shared concerns that these materials contain additives that accelerate the conversion of macroplastics into microplastics.

The material is considered unrecyclable in conventional plastics recycling streams.

In addition, it is not a solution to littering as it will not degrade for approximately 2-5 years.

“It is beyond concerning that the new specifications have been published despite repeated warnings of health and environmental impacts which appear to have been ignored or, not fully understood,” Co-op environment manager Iain Ferguson said.

“The UK voted for the EU ban of oxo-degradable plastics when it was proposed in 2019 , and we believe enabling very similar materials to enter the UK market is a dangerous development which could not only cause environmental damage, but would also undermine recycling at a critical time when the world is experiencing an environmental crisis and we all need to work together to avoid it.” 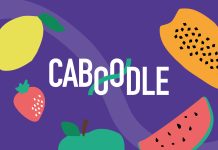