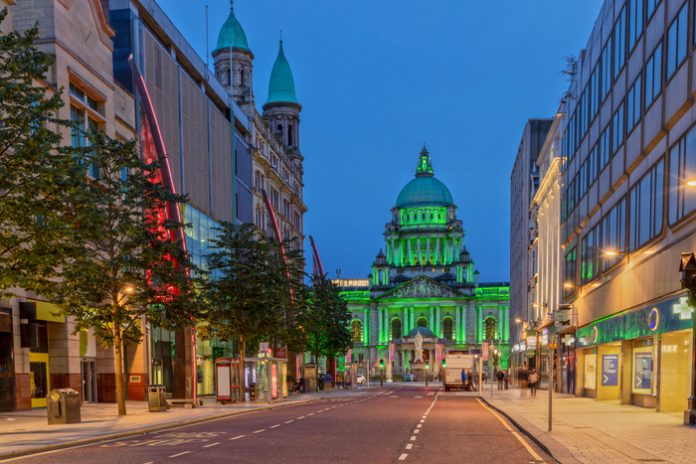 Non-essential retailers can reopen next Friday in Northern Ireland, ministers have said.

Businesses such as restaurants, cafes and hotels can also resume trading then but face restrictions, such as having to be closed at 11pm each day.

Pubs that do not serve food will also have to remain closed.

Guidance about social distancing within cafes and restaurants is to be set at two metres, the Stormont executive decided.

“Common commitment across the executive to make Christmas time as good as possible as we continue the fight against Covid.”

Northern Ireland’s two-week circuit-break was designed to drive the rate of infection down ahead of Christmas and has emptied high streets and prompted warnings about job losses from businesses.

“Most of the restrictions will come to an end next Thursday,” Foster said.

“Unfortunately those pubs known as wet pubs, which only serve alcohol, they will not reopen.”

She said official guidance would be issued around people coming into businesses on subjects like queuing and keeping apart.

“The guidance will say two metres and it is important that people try and abide by that guidance as well as taking other mitigating actions,” she added.

The director of the Northern Ireland Retail Consortium, Aodhan Connolly, who represents larger stores, said: “It won’t make up for the loss of two weeks trading during what is our golden quarter, especially when retailers already had been feeling the squeeze of decreased footfall and increased costs, but it is still welcome.

“We have always said it is not about what you sell but how you sell it and by the end of the year the retail industry will have invested over £15 million in Northern Ireland to make stores safe.

“We will continue to play our part but we will need continued support from the executive.”

The three-week lockdown imposed on 11 council areas across Scotland, including Glasgow, is also expected to lift on December 11.

England exited its four-week national lockdown earlier this week, a month or so after Wales ended its own 17-day “firebreak” lockdown.