Pets At Home has upgraded its profits guidance for the City for the fourth time since September, as the pandemic boost in pet ownership shows no sign of letting up.

Bosses said they now expect underlying pre-tax profits to hit £85 million, ahead of previous guidance of £77 million – itself an upgrade on previously announced forecasts.

The pet goods retailer said it made the call because trading during the fourth quarter of its current financial year – January to March – was stronger than expected during the new lockdown measures introduced at the start of 2021.

Pets At Home stores have remained open throughout the pandemic and various other restrictions, due to being classed as an “essential” retailer.

“In our trading update on 8 January 2021, our guidance for full-year profit out-turn reflected a number of ongoing uncertainties over the near-term outlook, including renewed challenges from higher Covid infection rates and restrictions on a national level, as well as potential supply disruption relating to the UK’s exit from the EU,” the firm said.

“Notwithstanding this challenging external environment, our performance over the last eight weeks has been ahead of expectations, with continued strong and broad-based growth across all channels and categories.”

Last month Pets At Home revealed that like-for-like retail sales soared 17.5 per cent in the three months to the end of December, including a 19.3 per cent jump during the final month of the quarter. 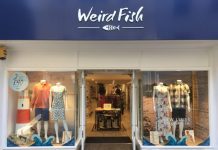