New data has shown that shoppers in the North East of England were the most eager to return to stores in the first week after non-essential retail re-opened in England and Wales.

According to figures from Ipsos’ Retail Recovery Index, footfall was down by 15.4 per cent in the region between April 12-17, compared to the same week in 2019 – well before the Covid-19 pandemic.

This is significantly better than overall UK footfall being down by 28.9 per cent on its 2019 level, although this was on par with Ipsos’ forecast and at a similar level to December, shortly before the winter lockdown came into effect.

Ipsos said the Yorkshire and Humberside region saw the slowest bounce-back in the first week lockdown on non-essential retail was lifted, with shopper numbers 35.5 per cent lower than in 2019.

London’s bounce-back last week was third-worst, with footfall being 32.5 per cent lower than in 2019.

Regional breakdown of last week’s footfall figures compared to the same week in 2019:

The Retail Recovery Index tracks levels of footfall across the UK following the re-opening of non-essential retail on April 12 in England and Wales.

Its data is constructed from the number of shoppers entering stores – rather than shopping centres or high streets – using a sample of over 4000 retail outlets across the UK, excluding the grocery, convenience and minor retail service sectors.

Despite the North East leading the way in regional footfall recovery, singular locations seeing the best bounce-back were more evenly spread across England.

Worcester saw the biggest recovery across the country, closely followed by Romford, Derby and Wolverhampton.

Central London locations suffered the worst footfall comparisons last week, with the City of London down by 58.8 per cent and the West End down 45.6 per cent on the same period in 2019.

“Our Retail Recovery Index shows the huge appetite for shoppers to return to their local high streets after a difficult period of lockdown,” Ipsos head of retail analytics Dr Tim Denison said.

“The North East and West Midlands have seen a strong recovery, particularly driven by footfall in cities such as Worcester, Wolverhampton, and Middlesbrough.

“The success of these locations, shows clearly that shoppers are continuing to get their retail therapy in their local area and have not yet been drawn back to the UK’s major retail destinations like London, Manchester and Birmingham.” 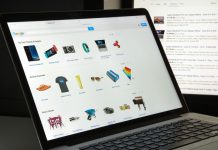