Harrods has officially opened its new Chocolate Hall as it marks 150 years of chocolate making as well as the end of a four-year restoration scheme of its food halls.

Situated within Harrods’ iconic Knightsbridge flagship, the Chocolate Hall offers high-end chocolates that have been ethically and sustainably sourced, live demonstrations from on-site chocolatiers, and products from confectionery partners and brands from around the world.

Harrods opened its first confectionery counter in 1870, before beginning its own in-house chocolate production in the early 19th century.

By the 1970s, over 100 tonnes of chocolate were produced on-site at Harrods’ world-famous Knightsbridge store.

The opening of the Chocolate Hall also coincides with a milestone in the luxury retailer’s broader Masterplan redevelopment of the store – a £300 million investment to refurbish much of the 1,000,000sq ft Knightsbridge site.

“The opening of our redeveloped chocolate halls is a hugely special moment for us,” Harrods managing director Michael Ward said.

“It is the final stage in our ambitious investment and redesign of our historic food halls – a project that has continued with passion and drive despite the challenges of the last year.

“It is also a perfect demonstration of what Harrods does best: harnessing the greatest strengths from our heritage while re-imaging luxury for a modern customer.

“The launch of the Chocolate Hall not only brings the most evocative chocolate craftsmanship to life in an unparalleled setting, but also marks an important commitment towards responsible sourcing and welfare standards, something that we are proud to uphold as the cornerstone of chocolate production at Harrods.” 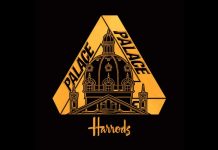